If you're nurturing a passionflower vine (Passiflora), you've probably seen "The Butterfly Ballet."'

The Gulf Fritillaries (Agraulis vanillae), orangish-reddish butterflies with silver-spangled wings, stay close to Passiflora, their host plant. It's the circle of life. The males patrol for females, find them, and mate. The females lay eggs, eggs become caterpillars, caterpillars become chrysalids. The adults emerge, and the Butterfly Ballet begins anew.

The Gulf Frits have no borders or boundaries, nor should they, as they shoot and soar over fences and gates. Theirs is not a gated community.

The "no-borders, no-boundaries" scenario reminds us of the upcoming conference of the International Congress of Entomology (ICE), to take place Sept. 25-30, 2016 in Orlando, Fla. The theme: "Entomology Without Borders."

The conference, expected to be the world's largest gathering of entomologists--some 7,000 are expected to attend--is chaired by chemical ecologist Walter Leal, professor in the UC Davis Department of Molecular and  Cellular Biology and former chair of the UC Davis Department of Entomology, and vegetable research entomologist Alvin Simmons of USDA/ARS.  They have lined up prestigious speakers, including  two Nobel Prize winners: Peter Agre (Nobel Laureate, 2003 and Jules Hoffmann (Nobel Laureate, 2011). Among the other speakers is one of Cuba's leading entomologists, Juan Andrés Bisset, head of the Vector Control Department at the Pedro Kouri Institute of Tropical Medicine and an advisor to the Cuban Public Health Ministry. 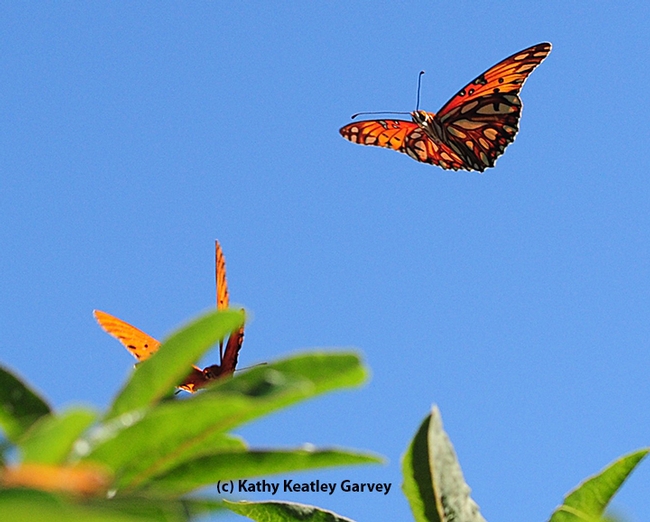 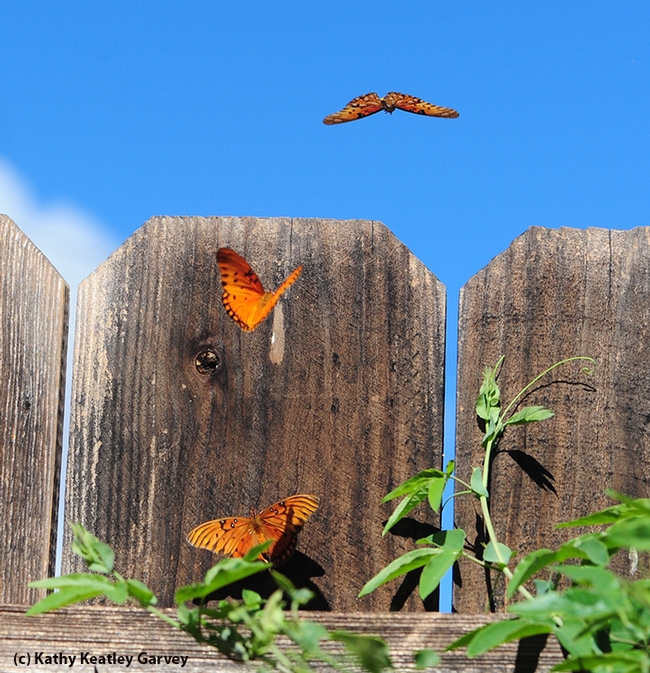 A trio of Gulf Fritillaries. (Photo by Kathy Keatley Garvey) 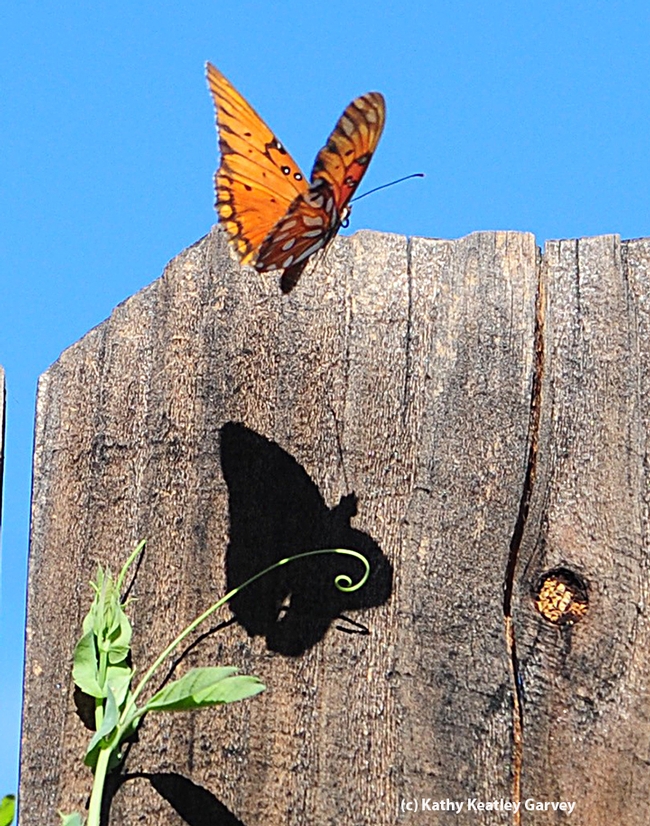