That's when eminent honey bee scientist Gene E. Robinson of the University of Illinois at Urbana-Champaign will speak on “Me to We: Using Honey Bees to Find the Genetic Roots of Social Life” in Jackson Hall, Mondavi Center for the Performing Arts, UC Davis campus.

Many of us have heard him speak, and many more have read his work. You may have heard him present a Tedx Talk, or read his piece on "The Behavior of Genes" (New York Times). Science writer Nick Zagorski profiled him in the Proceedings for the National Academy of Sciences (PNAS).

Robinson needs no introduction; his work is legendary. He is the University Swanlund chair and directs the Institute for Genomic Biology (IGB) and the Bee Research Facility. He received his doctorate in entomology from Cornell University in 1986 and joined the faculty of the University of Illinois at Urbana-Champaign in 1989.

Robinson has authored or co-authored more than 275 publications, including 26 published in Science or Nature. He has been the recipient or co-recipient of more than $50 million in funding from the National Science Foundation, National Institutes of Health, U.S. Department of Agriculture and private foundations; pioneered the application of genomics to the study of social behavior; led the effort to gain approval from the National Institutes of Health for sequencing the honey bee genome; and founded the Honey Bee Genome Sequencing Consortium.

In addition, Robinson serves on the National Institute of Mental Health Advisory Council and has past and current appointments on scientific advisory boards for companies with significant interests in genomics.

A native of Buffalo, N.Y., Robinson received his doctorate in entomology from Cornell University, Ithaca, N.Y., in  1986. What prompted him to study entomology? You'll need to read Nick Zagorski profile of him in the Proceedings for the National Academy of Sciences (PNAS). 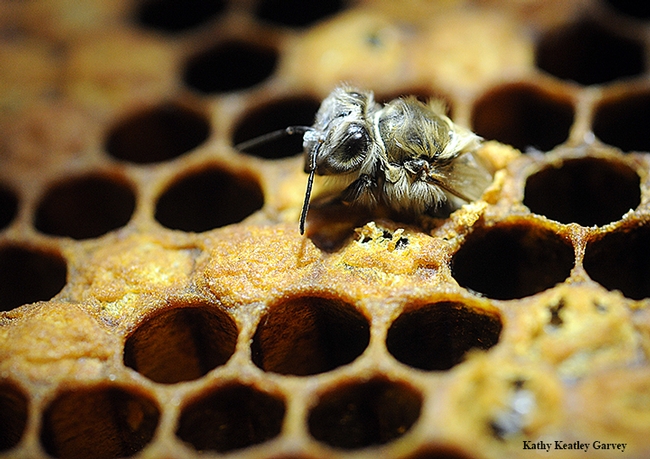