So far, this year is beginning to look like a strong El Nino weather pattern throughout much of California. The last time we had a very strong El Nino was the winter of 1997-1998. For those of you that remember back then, yellow starthistle (Centaurea solstitialis) infestations were enormous, both in terms of cover and height. For example, the attached photo was taken in Calaveras County in the summer of 1998, after the El Nino winter. In this case, yellow starthistle probably covered 80% or more of the area and was at least four feet tall, sometimes even six feet in height. The reason yellow starthistle does so well under these conditions is that high rainfall recharges the deep soil moisture, which is where yellow starthistle gets much of its water. Late spring rainfall is even better because most of the annual grasses have completed their life cycle and are no longer taking up water from the soil.

In the past couple of years, the drought has resulted in very little deep soil moisture recharge and, in most areas of the state, smaller yellow starthistle plants at lower densities. Under those drought conditions, it is often hard to justify the cost of control efforts, as the expense of mowing, tillage, burning, or herbicides would not have compensated for the beneficial gain in desirable forage. However, this year, as it was in 1998, may be very different. Control efforts early on, particularly with treatments of Milestone (aminopyralid), Transline (clopyralid), or Method (aminocyclopyrachlor), in heavily infested areas will likely lead to extensive grass production and outstanding control of yellow starthistle. The treatment timing of these herbicides is best when applied from January to the end of March. This is the time that the removal of yellow starthistle will be most beneficial to the growth of annual forage grasses.

In summary, early season yellow starthistle control efforts in heavily infested areas are most cost effective in years with a strong El Nino pattern, and this year is sure looking like one of those years. 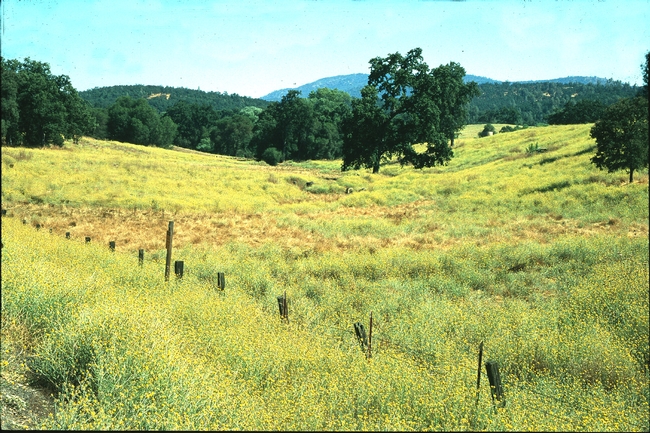