Bug Squad
sitenum=63
Happenings in the insect world
The Taubers: Legends in the Entomological World

They met and married in the 1960s when they were studying for their doctorates in entomology at UC Berkeley.

mauricetauberbugsquad
They established exemplary careers in entomology at Cornell University. Now, at retirement age, they've moved back to Northern California.

Recently elected honorary fellows of the California Academy of Sciences, San Francisco, they're now closely linked with both Cornell and UC Davis.

Indeed, the Taubers represent one of the most successful collaborations in the history of entomology--both personally and scientifically.

Maurice Tauber served as a professor and chair of the Cornell University Department of Entomology. He continues to serve as a graduate school professor. Catherine "Kady" Tauber worked as a senior research associate. At Cornell, they conducted research in the areas of insect seasonality, evolutionary biology and speciation, biological control, and systematics.

The Taubers have enjoyed a long association with the California Academy of Sciences. Although "officially" retired, they continue their research on the comparative biology and systematics of New World lacewings, which are in the insect order Neuroptera or net-winged insects (this includes lacewings, mantid flies and antlions).

We met the Taubers at the Entomological Society of America's 56th annual meeting, held last November in Reno. Scores of scientists and former students paid tribute to them during a four-hour seminar: "Metamorphisis Through Merger: Celebrating the Diverse Entomological Accomplishments of Maurice and Catherine Tauber."

Indeed, their names are legendary in the entomological world.

“The Taubers have had impressive research careers and have continued pursuing their research interests even after retirement,” said Lynn Kimsey, director of the Bohart Museum of Entomology and professor and vice chair of the UC Davis Department of Entomology. “Having them in Davis has been fabulous for us.  They've been great contributors to the Bohart Museum and can always be counted on to provide their expertise and experience.” 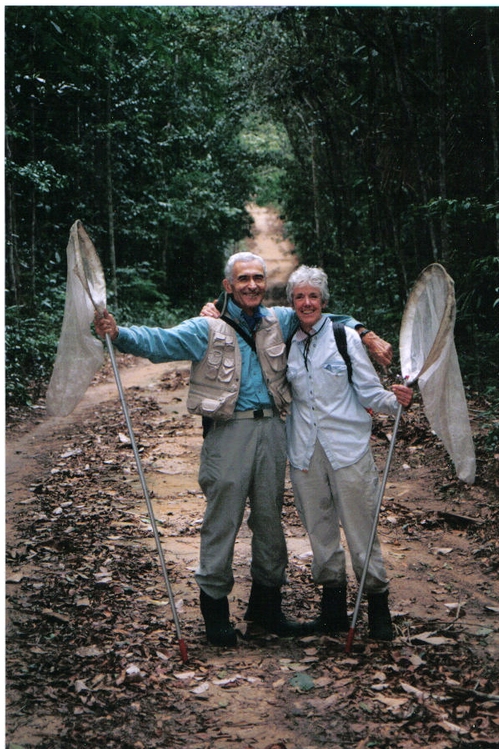