A 'Meyer' lemon should be quite happy along the coast, unless it gets planted in new soil that has low copper because of high soil pH or high organic matter.  And then you wonder what is wrong.

Mild copper deficiency is usually associated with large, dark green leaves on long soft angular shoots. Young shoots may develop into branches which appear curved or “S-shaped," referred to as “ammoniation” usually resulting from excessive nitrogen fertilization. It's actually thought to be too much nitrogen relative to copper in the plant and can be corrected by foliar sprays. Twigs can develop blister-like pockets of clear gum at nodes. As twigs mature, reddish brown eruptions may occur in the outer portion of the wood. It can be quite shocking. Severely affected twigs commonly die back from the tip with new growth appearing as multiple buds or “witches broom”. Necrotic-corky areas on the fruit surface may sometimes occur in extreme situations. In some cases fruit cracking occurs with exudates.

Copper deficiency is more likely to occur in new plantings on previously uncropped soils, which are usually deficient or totally lacking in copper. In California, it has been referred to as “corral” disease or “midden” disease because it is associated with high organic matter that ties up the copper, or old Native American sites were debris had been piled.  It is often localized in certain areas.  Once I saw it on nursery trees that had had inadequate copper in the nutrient solution.  I've only seen it on citrus, and not any other subtropical like avocado, but that doesn't mean it can't happen.

I've also seen gummosis similar to this occurring with drought and water management.  It more commonly occurs as a twig die back at the tips.  And certainly Phytophthora gummosis will show gumming. It's that little gumming pocket under the bark is usually the way to distinguish copper deficiency from these two others.

Pictures: pocket gumming (U. of Florida), oozing (Yara), gumming, and more gumming not a worm 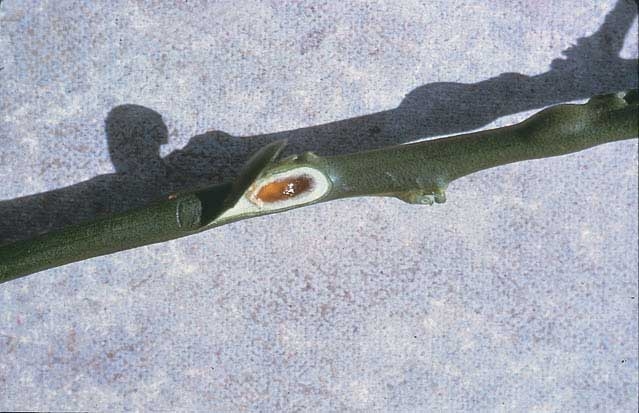 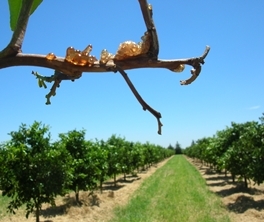 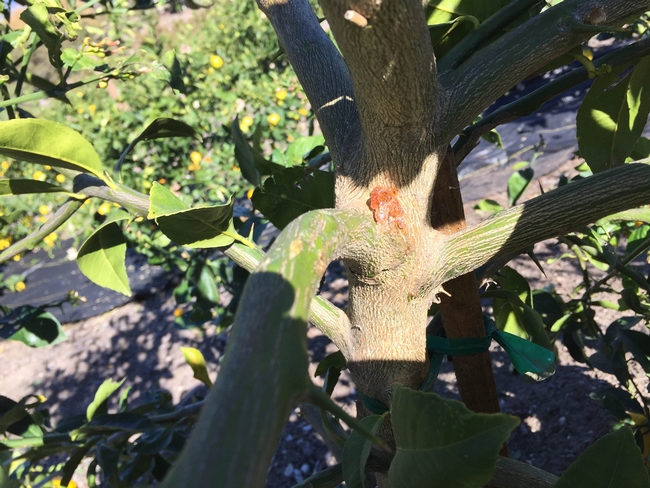 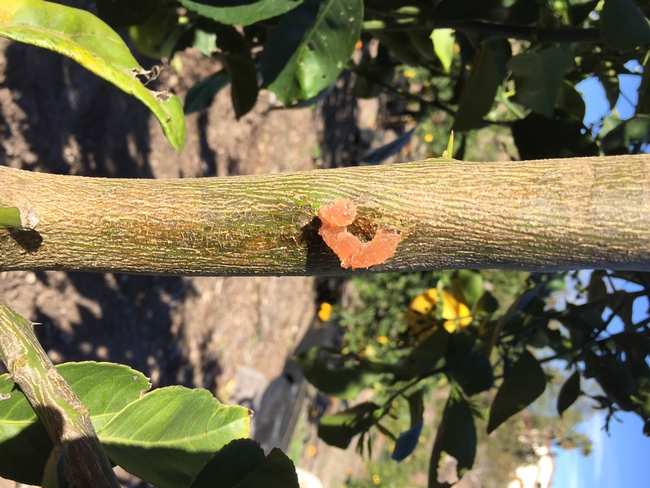