Bug Squad
sitenum=63
Happenings in the insect world
Dengue: Yes, You Can Get It Again But it also transmits dengue, yellow fever and chikungunya viruses.

“Dengue infects 400 million people worldwide each year, and 4 billion people or nearly half of the world's population are at risk for dengue,” says medical entomologist Thomas Scott, distinguished professor and now emeritus, UC Davis Department of Entomology and Nematology.

Scott, who has studied dengue more than 25 years and is recognized as the leading expert in the ecology and epidemiology of the disease, emphasizes that “There is no vaccine nor drug that is effective against this virus." There are four serotypes: DENV-1 through DENV-4.

Now for the groundbreaking news.

Scott and his colleagues just published a study in the Public Library of Science (PLOS), Neglected Tropical Diseases, that is sure to rock the world of everyone who has ever contracted dengue. Medical entomologist Thomas Scott (Photo by Kathy Keatley Garvey)
Basically, the 13-member research team, based at its study site in Iquitos, Peru, has shattered the long-held assumption that once you're been infected with a particular dengue serotype, you can't get that particular dengue seroytpe again.

Well, yes, you can. "Lifetime of immunity" is false.

“Our most significant result from this study is that immunity to dengue viruses does not always provide perfect protection from reinfection,” Scott said. “The public health implications include evaluation of dengue vaccines, interpretation of a person's virus exposure history and susceptibility to new infections, and design of dengue surveillance programs.”

“Our data indicate that protection from homologous DENV re-infection may be incomplete in some circumstances, which provides context for the limited vaccine efficacy against DENV-2 in recent trials,” the research team wrote. “Further studies are warranted to confirm this phenomenon and to evaluate the potential role of incomplete homologous protection in DENV transmission dynamics.”

“It has long been thought that infection with any one of the viruses produced lifetime immunity to that virus.  This finding could help explain results of dengue vaccine trials that showed poor efficacy against one of the four serotype. It also has broad implications for vaccine development.”

Read more about the research on the UC Davis Department of Entomology and Nematology website and in PLOS, Neglected Tropical Diseases. 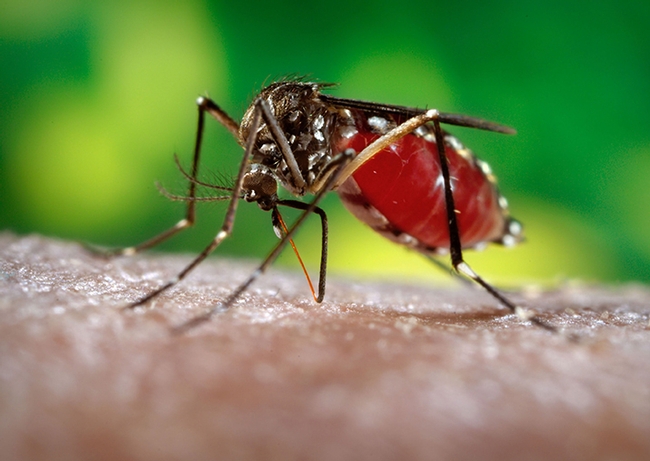 Aedes aegypti, the daytime-biting mosquito that prefers human blood. (CDC Photo)
Tags: Aedes aegypti (22), dengue (10), dengue mosquito (3), Iquitos (2), PLOS (1), Steve Stoddard (2), Thomas Scott (14)
Comments: 1
Comments:
by James
on March 8, 2016 at 6:17 AM
This is truly upsetting news, really. How long will the south be terrorized by these insects? Is there any progress on the control method that scientists were discussing a while ago, on fighting mosquitoes with the use of genetically-modified mosquitoes? Or did that perhaps prove too dangerous?

I'm following the development closely and my hope is with all dengue and Zika virus survivors and their families.
Leave a Reply: