The skunk has returned.

Some of you may have remembered I took a light-hearted look at the skunk through my “Ode to a Skunk” in 2014 (you can find it here http://ucanr.edu/blogs/blogcore/postdetail.cfm?postnum=15488 )

But 2 years later we've still been waging our battle. We've learned a lot and hopefully it might help you if the need arise.
First, they are really good diggers and strong too! They've moved LARGE stones, bricks, dug as deep as 6-8 inches to get under heavy obstacles and farther than 12 inches to get through our barricades. They could care less about repellents. Trying to remove all food sources only works if you don't have any fruit or veggies growing in your yard, no snails, grubs, or beetles and even then they may just want to use the yard as a freeway of sorts.

They are also part of the weasel family. They can squeeze through small holes not much bigger than what a large rat might use and they can twist their bodies more than a cat. And quiet! They barely make a noise. They're like the Ninjas of the animal world. Silent but “deadly”. They aren't however known for climbing. They can. But they don't generally and you're not likely to chase them up a tree or over a fence. YOU might want to climb the tree or fence to avoid them but skunks probably won't be dropping in from any precipice anytime soon.

The one that has been frequenting our place this year is fairly docile in that I can step outside and “shoo” it away (from a good distance of course). Spraying him/her with the hose while they were heading into the yard only deterred it as long as we had the hose or until we turned in for the night.

The law in California is that if they are trapped, they are to be either euthanized or let go, wait for it…on the same property. We're not fond of either choice so we've kept up our endeavors to chase them off. Our big worry of course that one of our cats or our little dog or us for that matter will end up sprayed. Knock on wood, that hasn't happened to us but it has happened to a couple of the neighborhood cats, almost always at 3 in the morning and invariably when we have the windows open or underneath our backyard deck. That is a nasty wake up call. Word of advice, opening all the windows and turning on the large whole house fan only serves to bring the smell in more rather than provide relief. Can't tell you how many times it took for us to figure that out!

So how goes the battle and what has worked. Mothballs seem to be a bit of a deterrent but are hard to place in sufficient quantities along an 80 foot fence and not good for other animals so not the best choice. Lights only worked when we stood in the safety of our upstairs bedroom window flashing them on and off at him like he was some kind of wildlife disco star, otherwise, we think it just helped him find more of whatever he was looking for. Chicken wire placed along the fence so that it is actually stapled against the fence and then laid so that it is a couple inches under the soil was either ripped apart or dug under. The only thing we've found that works is cement with chicken wire and bark. Digging a small trench and filling it with cement along the entirety of the fence on the inside with the chicken wire barrier on the outside (once you're sure the skunk is gone) seem to have done the job. Placing chicken wire either in the cement or under it also helps. Lastly, we placed about a 4-5” layer of bark on top of that, just along the fence line, it doesn't have to be that way for the entire yard. It helps with the look of everything as well. I'm thinking, and I don't know if there is a scientific basis for it, but that the bark is splintery in the skunks paws, because he generally stops digging once he gets a couple inches in to it. By the way, the cement has to have time to dry completely as we've found out because he dug through partially dry cement laid in the late evening.

So good luck if a skunk has adopted you or moved in to your neighborhood. I wish you well and keep the nose plugs and bubble bath handy. 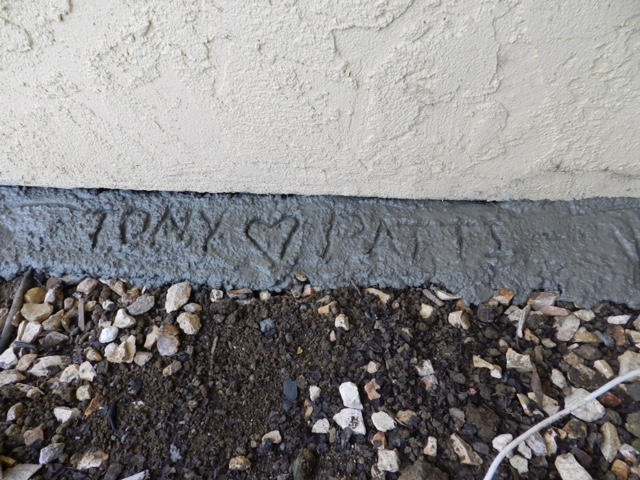 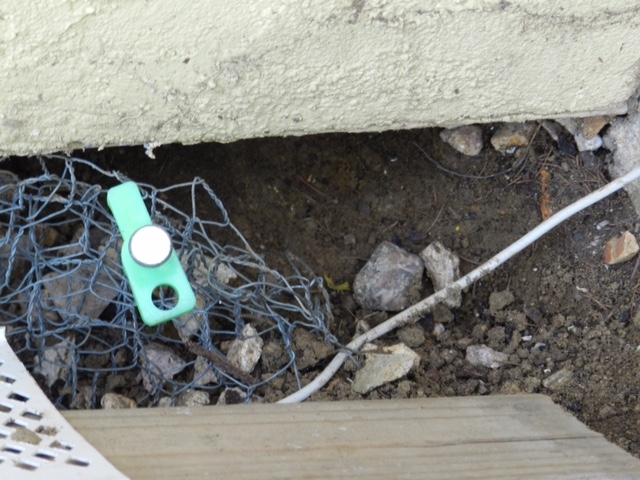 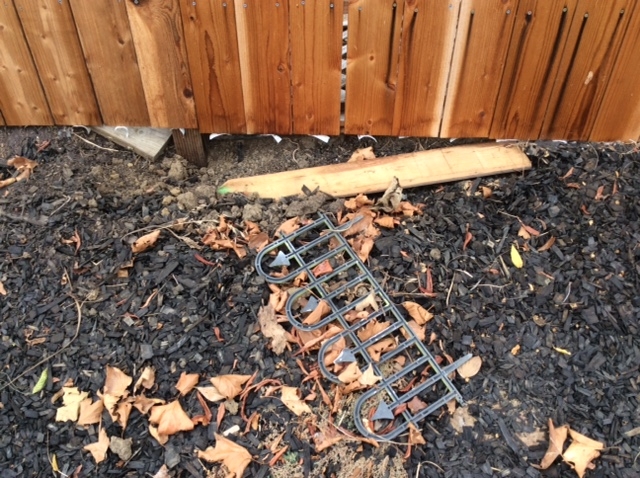 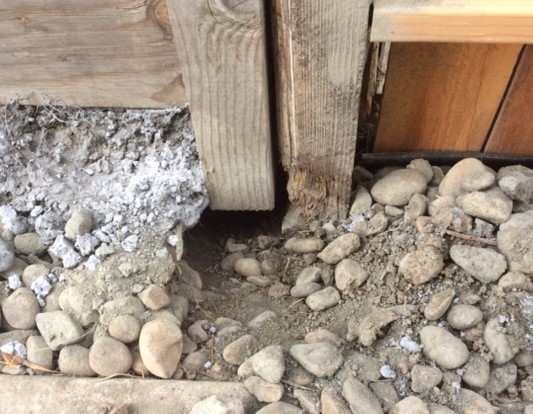 Skunk hole by the fence post.
Comments: 1
Comments:
by Howard Fitzpatrick
on May 14, 2016 at 10:58 AM
People who feed feral skunks put out the welcome mat for skunks. An unintended consequence that annoys me.
Leave a Reply: