Honey bees and ants belong to the same order, Hymenoptera, and occasionally you see them together.

Such was the case today in the Storer Garden, UC Davis Aboretum, as the closely related honey bees and ants foraged in the red-hot poker (Kniphofia galpinii or "Christmas cheer").

The honey bee (Apis mellifera) is also a non-native (it came over with the European colonists in the 1600s), but oh, what a non-native. We're so accustomed to it being a beneficial insect that we consider it a native.

Hymenoptera ("membrane wing") originated in the Triassic period, a geologic period that existed some 251 to 199 million years ago.

And today in a tiny thimble of time, they shared a red hot poker. 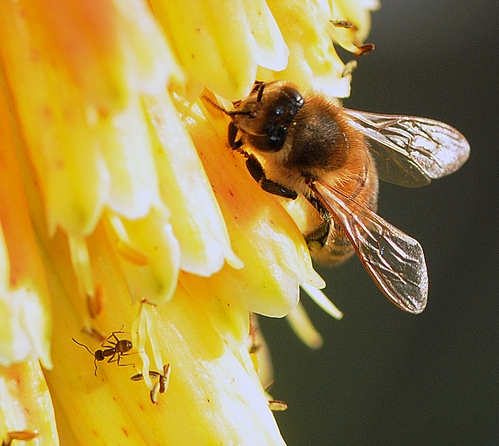 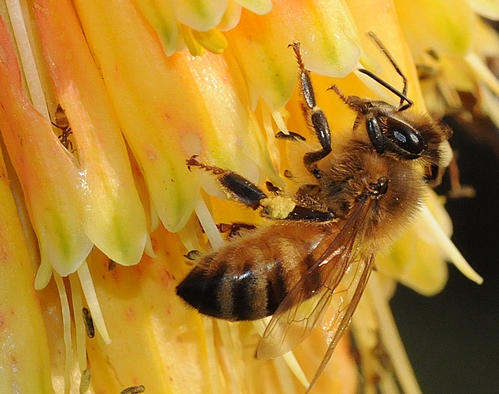