A few months ago, we took you to the “growing heights” when we “hitched a ride” on the International Space Station and saw how flowers and edibles were successfully grown in space by astronaut, Scott Kelly.  Now there's news that botanists are “plumbing the depths” of the latest frontier to grow plants underground in Manhattan!

The ultimate goal is to create an under-the-city parkland in an abandoned trolley terminal near the Williamsburg Bridge on the Lower East Side of Manhattan…transforming it into a green space called “The Lowline”.  In order to determine how best to achieve the verdant subterranean paradise, scientists are working out plans to ventilate and freshen the air, provide light in a very dark underground space, and develop propagation and irrigation strategies, as well as the landscaping designs needed for a beautiful and viable garden.

To this end, a demonstration lab has been designed and built and funded in large part by a “Kickstarter” campaign which raised over $225,000.00.  The demonstration lab is located on Essex St. a few blocks from the underground terminal planned for the final garden site in NYC.  To solve the problem of sunlight, a South Korean company, SunPortal, installed a system for redirecting sunlight that they've described as “remote skylight.”  A tracking mirror installed on the roof of their building follows the sun across the sky, reflecting its rays into a curved optical lens that looks like a giant periscope.  The sunlight is reflected down a series of pipes to three openings in the ceiling of the lab.  A 30-foot-wide “solar canopy” of aluminum panels distributes the light to the plants below.  Cloudy days?  No problem…there's a backup LED light system.

The centerpiece of the lab is a verdant garden with 3,000 plants representing more than 60 species.  Among the plants one can view are ferns, mosses tomatoes, onions and garlic and strawberries.  Of course, the mint started to take over the garden and is constantly being pruned back!  It seems one of the favorites is a scrappy green ash tree that was found growing between two bricks on the rooftop.  In June it was relocated below in the demonstration garden and now stands two feet tall in the center of the garden—a real survivor!

More than 80,000 people have visited the demonstration lab—enjoying all the pleasures of a garden: touching, smelling, lingering, even yoga classes and scavenger hunts.  An after school program teaches science and math to 2,000 middle school students.  While we may not have an underground space here in Solano County—some of these ideas would be a wonderful addition to the beautiful above-ground gardens that we do have.  Watch this space for more Lowline Garden news.  And, if you initiate or know of some neat activities happening in our gardens right here in our area—let us know and we'll pass them along.  Meanwhile, if you're lucky enough to find yourself in New York, do pay a visit to this unique garden—it's free—and definitely way cheaper than a ticket to “Hamilton”! 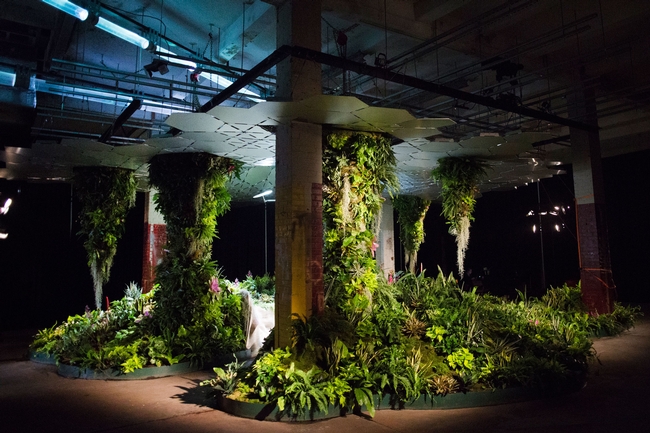 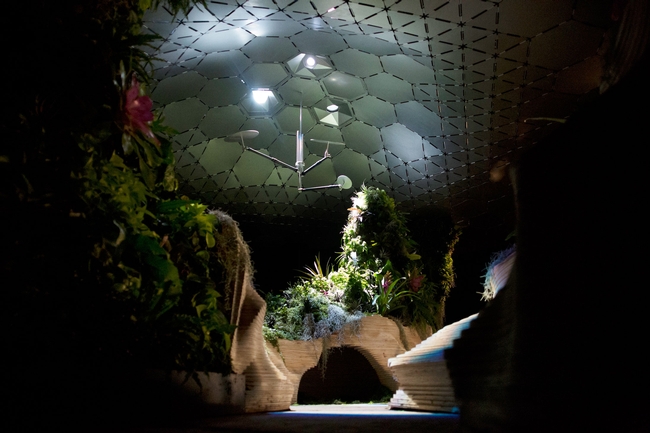 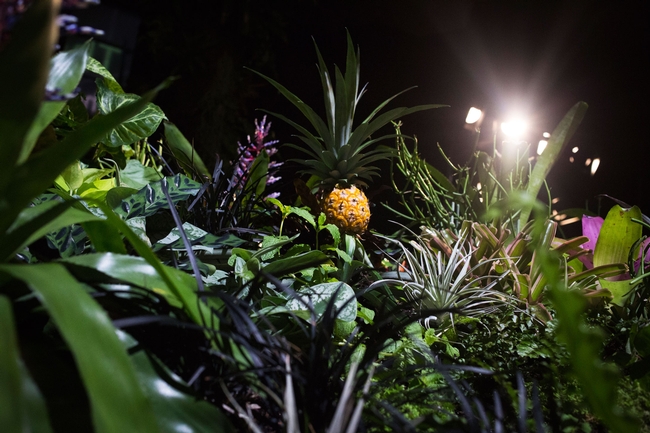 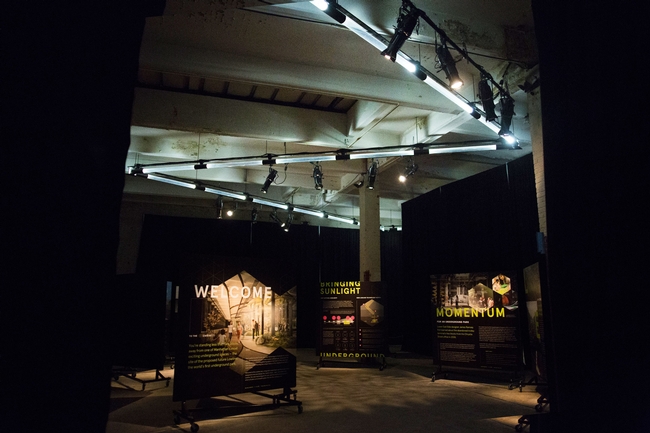