Example of a Paper Presented at International Citrus Conference
Published on: October 21, 2016 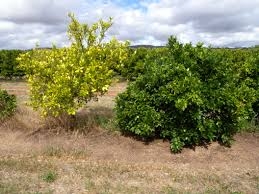