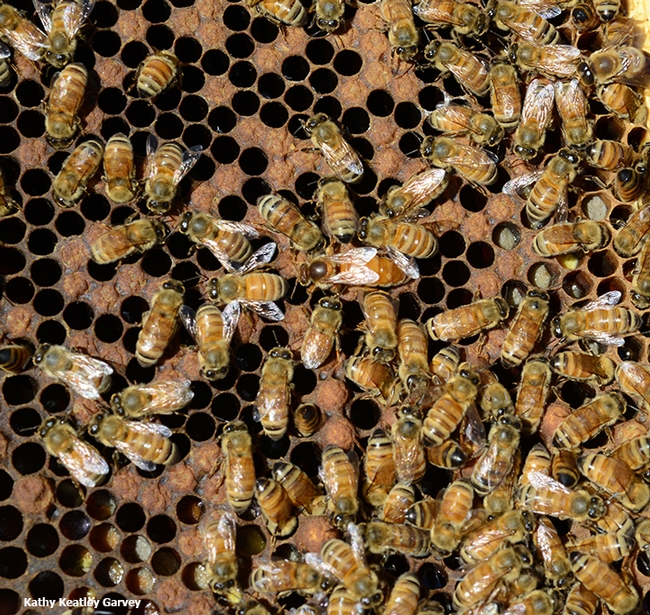 Honey bees, shown here modern day, played a role in the Revolutionary War. (Photo by Kathy Keatley Garvey)
Tags: American Revolutionary War (2), bees (57), Francis Keatley (1), honey bees (405), loyalists (1), patriots (1)
Comments: 2
Comments:
by James
on June 14, 2017 at 8:37 AM
Great info! And the natives knew the settlers were coming when they saw the bees
by hplcco ngo
on November 26, 2017 at 9:12 PM
Bees are amongst the most important creatures to humans in our planet. Pollinators are like honey bees are important part for food chain. Save bees save nature now.
Leave a Reply: