For Central Valley dairies, conflicting laws are making it hard to generate green electricity from dairy waste, according to an article this week in the Los Angeles Times.

In order to reduce emissions of methane - a greenhouse gas - some dairy operators have installed methane digesters that convert the methane into electricity.

The district is requiring expensive modifications on digesters, which in some cases shuts the equipment down altogether. Air district officials told the LA Times they're just doing their jobs. "Combating smog, not climate change, is the agency's mission," Times reporter P.J. Huffstutter wrote.

Modesto dairy operator John Fiscalini spent hundreds of thousands of dollars on a catalytic converter and other filtering equipment to meet the air district's limit of 11 parts per million of NOx for his digester system.

UC Davis Cooperative Extension animal scientist Frank Mitloehner told the Times that works out to equal the emissions of 26 cars for every 1,000 cows.

"They have a point. I want clean air," Visalia dairy farmer Ron Koetsier was quoted in the story. "But it doesn't make financial sense for me keep doing this. I don't see how they can turn methane gas into electricity in California, given these rules." 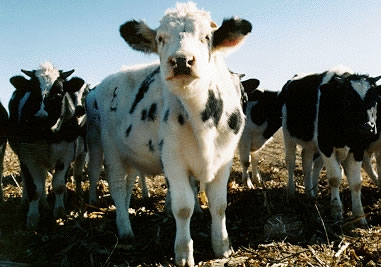