This is the Bohart Museum's sexual dimorphism display. (Photo by Kathy Keatley Garvey)
If you missed seeing Hamilton, not to worry.

Hamilton will be at the 142nd annual Dixon May Fair on Friday, May 12.

Spencer will be bringing Hamilton, as well as his scorpion named Celeste, to the Dixon May Fair's Floriculture Building on Friday afternoon for fairgoers to see and photograph (but not to hold; they're venomous).

Throughout the four-day fair, May 11-14, the Bohart Museum will be showcasing 17 drawers of "Oh My" insect specimens in the Floriculture Building. Scientists will be showing live critters and chatting with fairgoers on two days: Friday, May 12 (1 to 6 p.m.) and on Saturday, May 13 (noon to 5 p.m.)

The live critters? They're part of the Bohart Museum's popular "petting zoo," which includes Madagascar hissing cockroaches and walking sticks. Fairgoers can hold and photograph them.

On Saturday, May 13, entomologist and educator Jeff Smith, curator of the butterfly and moth specimens at the Bohart, will be bringing part of his global insect collection of specimens. He and other scientists also will staff the live petting zoo of Madagascar hissing cockroaches and walking sticks on Saturday.

The Bohart display is just one part of the scores of exhibits in the Floriculture Building, organized by superintendent Dave Hutson of Vacaville, a 10-year UC Master Gardener. Exhibits include colorful bee and butterfly motifs.

Elsewhere on the fairgrounds, exhibitors are showing other insect-themed work, such as the scorpion sculpture crafted by Roberto Ortiz of the Dixon FFA. It's displayed in the Youth Building.

Over in the Livestock Barn, you can see Buggy, owned by Sophia DeTomasi, 10, of the Vaca Valley 4-H Club, Vacaville. Buggy, however, is not an insect--it's a fine-looking 275-pound Berkshire hog that Sophia raised. The origin of the name? Sophia's family fondly calls her "Buggy" and she's passed the moniker on to her 4-H project. Buggy shares a pen with a hog named Bea, raised by Sophia's sister, Toni.

Theme of the 142nd annual Dixon May Fair  is "Farm to Fair." It's also known as the 36th Agricultural District, the oldest district fair and fairgrounds in the state of California. The fair supports the communities of Dixon, Vacaville, Fairfield, Rio Vista, Elmira, Woodland and Davis,  according to chief executive officer Patricia Conklin. The grounds are located at 655 S. First St., Dixon. (For the schedule of events, access thewebsite.)

The Bohart Museum, founded in 1946 and directed by Lynn Kimsey, UC Davis professor of entomology, is located in Room 1124 of the Academic Surge Building on Crocker Lane, UC Davis campus. It houses a global collection of nearly eight million insect specimens, plus the live petting zoo and a year-around gift shop. The Bohart Museum is open to the public Mondays through Thursdays. 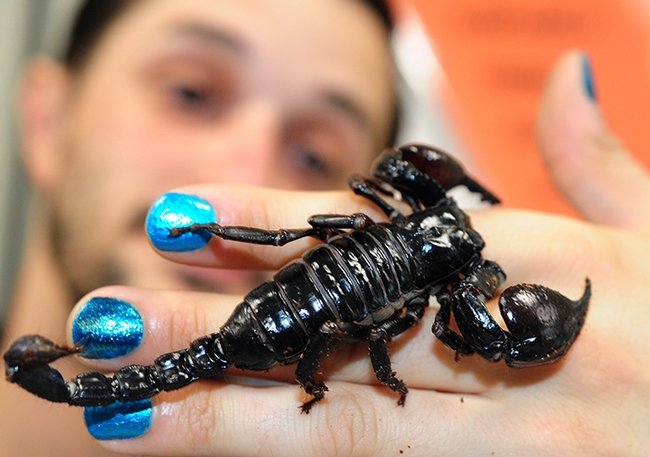 Meet Hamilton, a scorpion owned by Wade Spencer, an undergraduate entomology student at UC Davis and an associate of the Bohart Museum of Entomology. Spencer will display Hamilton and another scorpion named Celeste on Friday afternoon, May 12 in the Dixon May Fair's Floriculture Building. (Photo by Kathy Keatley Garvey) 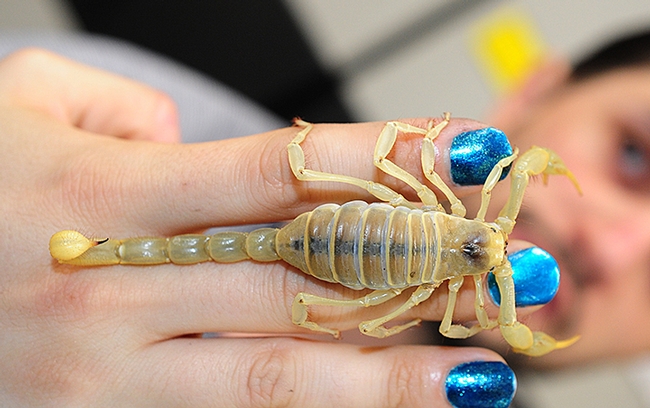 Meet Celeste, a scorpion owned by Wade Spencer, an undergraduate entomology student at UC Davis and an associate of the Bohart Museum of Entomology. Spencer will display Celeste and another scorpion named Hamilton on Friday afternoon, May 12 in the Dixon May Fair's Floriculture Building. (Photo by Kathy Keatley Garvey) 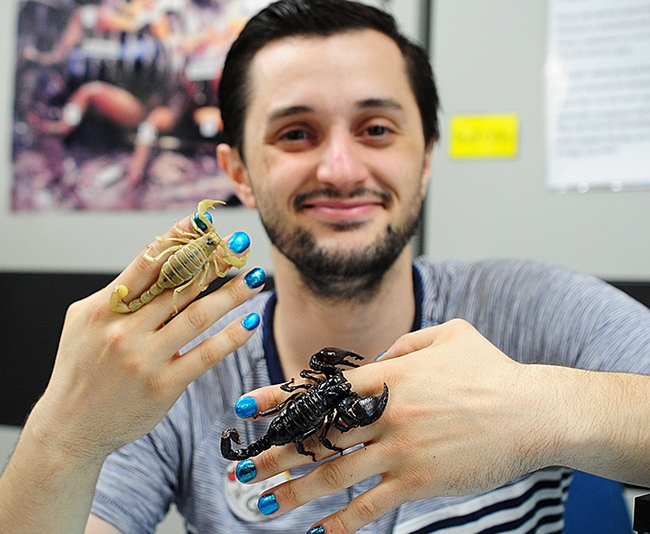 UC Davis entomology undergraduate student Wade Spencer holds his two scorpions, Celeste (left) and Hamilton. Fairgoers will be able to see and photograph them on Friday, but not hold them. Scorpions are venomous. (Photo by Kathy Keatley Garvey) 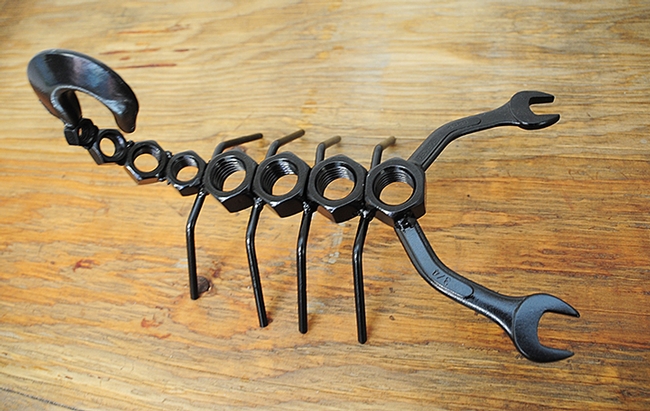 This scorpion sculpture, made of hex nuts, is the work of Roberto Ortiz of the Dixon FFA and is displayed in the Dixon May Fair's Youth Building. (Photo by Kathy Keatley Garvey)

Dave Hutson, superintendent of the Dixon May Fair's Floriculture Building, stands in front of a bee-decorated exhibit. (Photo by Kathy Keatley Garvey) 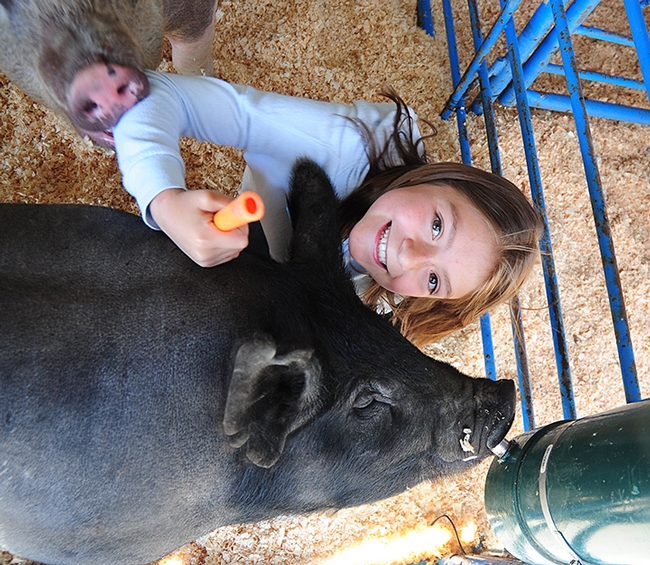