Ranches can increase income with agritourism
Published on: March 15, 2010

Cattle ranches may be able to boost the bottom line by inviting tourists onto their land for bird watching, hiking, photography or just getting an up-close look at California beef production.

This was the message shared by the director of UC Cooperative Extension in Sierra and Plumas counties, Holly George, at UCCE's annual Oakdale Livestock Forum, according to a story published today in the Modesto Bee.

"I would advise you to look at what you have and genuinely share that," George was quoted in the story.

As an example, George cited the annual Eagles and Agriculture event near Carson City, where raptors flock each year during winter calving season. Eagles and Agriculture -- which attracts photographers, birders and nature-lovers who wish to observe bald and golden eagles, hawks, falcons, owls and a variety of other bird and wildlife species -- demonstrates the potential for interaction between nature and agriculture.

Cattle farmer Judy Scheppmann, who runs 100 head of cattle on her 360-acre ranch near Farmington, opens her property to a horseback riding group and for garden club gatherings.

"(Ranching is) a way of life, and I would hope the young people could come and appreciate where their food is produced," she said. 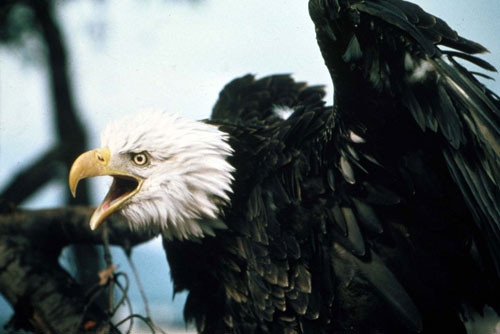