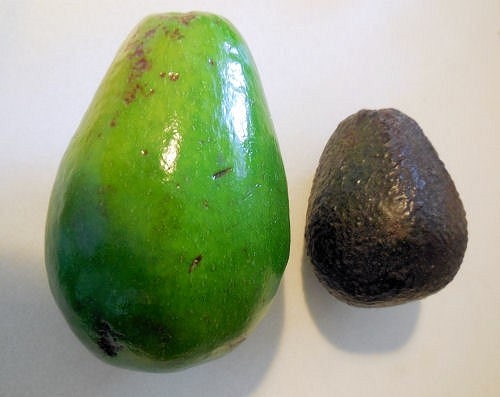 In the photo above, the fruit on the right looks like a Lamb to me.

Another thing I find strange is the common story that Fuerte got it's name after surviving the 1913 freeze even though Wilson Popenoe told a different story.
by Ben Faber
on August 9, 2017 at 4:34 PM
Thank you. The Haas on the right sure looks like a Lamb-Haas. I got excited when I saw the ad for Haas that I just scooped it up and posted it. Greg Partida pointed out the Lamb-Haas spelling, as well. I don't think this confusion will ever end. I heard a grower pronounce it Haas this morning. Whatever.
Login to leave a comment.