One of Buck Owens' signature songs that never failed to please his fan base was "I Got a Tiger by the Tail."

The Country-Hall-of-Fame singer, who died in 2006 at age 76, said the lyrics came to him after he noticed a gas station sign advertising "Put a tiger in your tank." (Source: Wikipedia)

Well, he's not the only one with a "tiger by the tail."

Who knew that sipping nectar could be so difficult? The extremely territorial male longhorn bees kept trying to push the "tigers" off the Tithonia by dive-bombing them, slamming into them, and then regrouping for more aerial assaults. Their goal: to save the resources for their own species.

And then it happened. A longhorn bee slid through a tiger's tail.

A tiger by the tail. 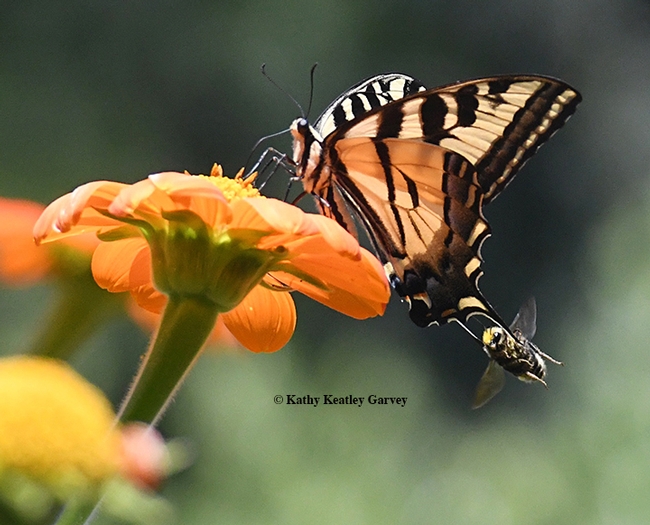 A longhorn bee, probably Melissodes agilis, has this "tiger" (Western tiger swallowtail) by the tail. (Photo by Kathy Keatley Garvey) 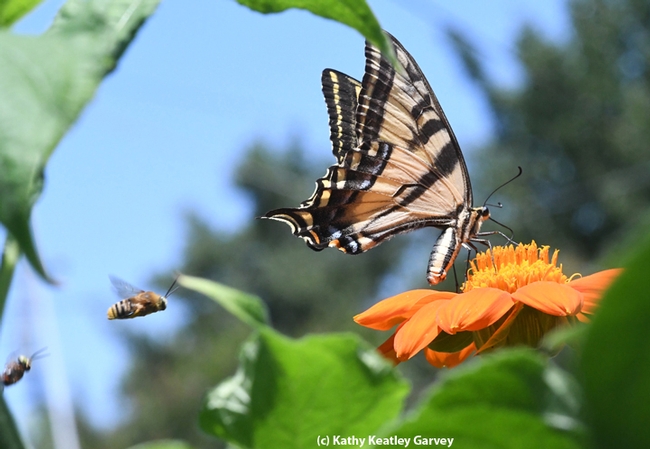 Territorial male longhorn bees are targeting a Western tiger swallowtail as it's trying to sip some nectar from a Mexican sunflower (Tithonia). (Photo by Kathy Keatley Garvey) 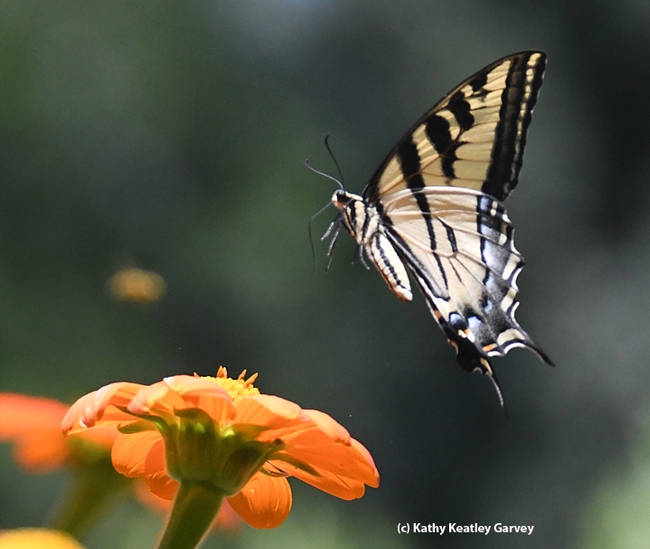