Monarch butterflies aren't the only insects that hang around milkweed, their host plant.

You're likely to see a variety of predators, such as the European paper wasp, Polistes dominula.

This paper wasp is a little skittish around paparazzi so it helps to use a long macro lens, like a 105mm or a 200mm,  that will allow you to get eye to eye, or nose to antennae.

It's a meat eater, and a voracious one at that. We've seen it shred caterpillars and attack newly emerged butterflies.

Unlike yellow jackets, "European paper wasps are not scavengers," says Lynn Kimsey, director of the Bohart Museum of Entomology and a professor of entomology at UC Davis. "They only take live insects, particularly caterpillars."

Their menu also includes aphids. "For these wasps, meat is meat," Kimsey said. "Aphids are great because you get steak and dessert at the same time."

One of the scientists who studies European paper wasps is Amy Toth of the Department of Ecology, Evolution and Organismal Biology, Iowa State University, Ames, who coined and popularized the Twitter hashtag #wasplove. We've heard her deliver several presentations at the University of California, Davis, and we once asked her to list what she loves about wasps. Her answers are worth repeating! (See more information on a Bug Squad blog)

And to that, we add: European paper wasps are quite photogenic--just don't move around like paparazzi. 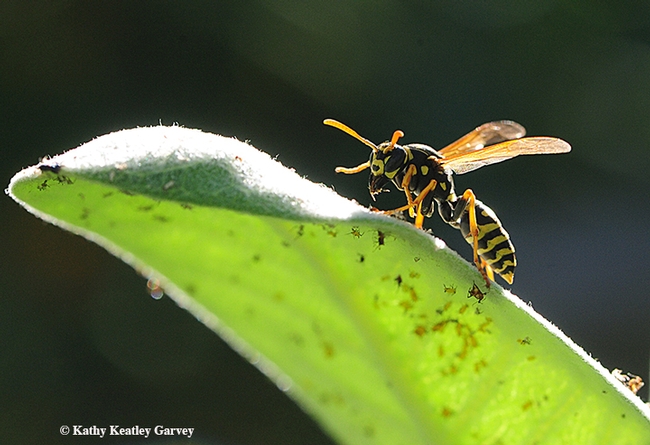 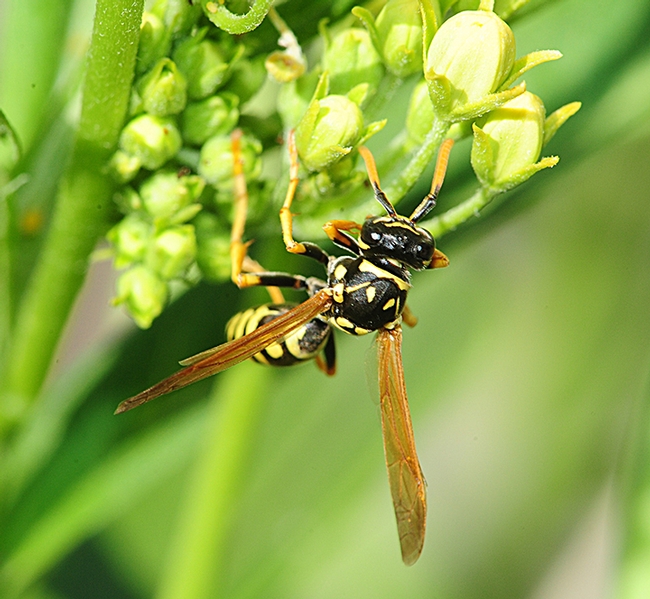 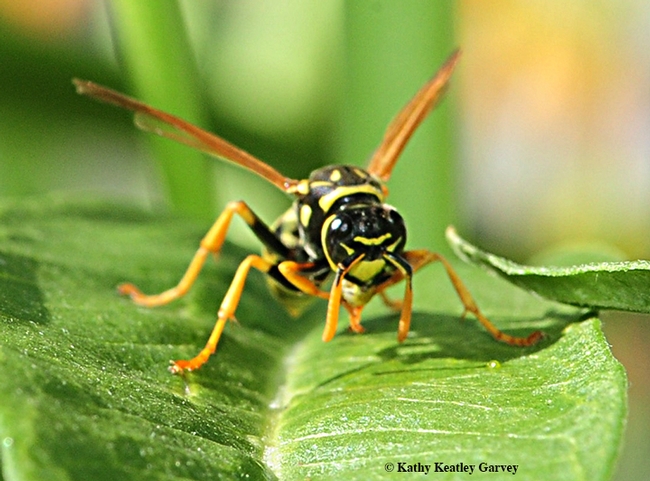 Eye to eye, and nose to antennae with a European paper wasp. (Photo by Kathy Keatley Garvey) 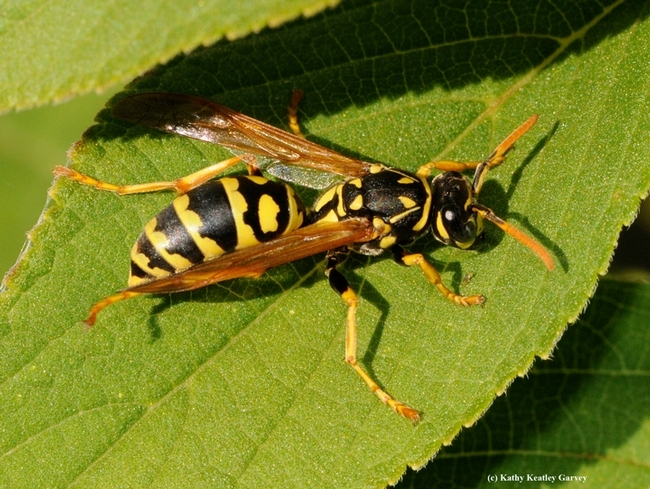