Steve Seybold of the USDA Forest Service will coordinate the Bohart Museum open house. (Photo by Kathy Keatley Garvey)n house.
If you attend the Bohart Museum of Entomology open house from 1 to 4 p.m. on Sunday, Aug. 27, you'll learn all about bark beetles but you probably won't recognize the facility.

Steve Seybold, a research entomologist with the USDA Forest Service, Pacific Southwest Research Station, Davis, and a lecturer with the UC Davis Department of Entomology and Nematology, will present the  open house, “Bark Beetles and Trees, Forest Health in California."  The event is free and open to the public. The museum is located in Room 1124 of the Academic Surge Building on Crocker Lane, UC Davis campus. 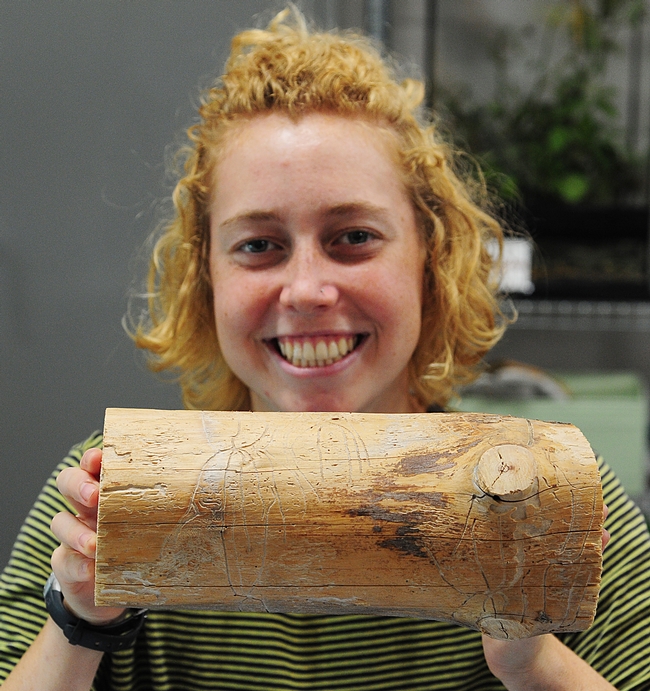