Jessica Gillung, PhD student, will take about members of the family Acroceridae, endoparasitoids of spiders. (Photo by Kathy Keatley Garvey)
Want to learn about such parasitoids as nematodes, jewel wasps, small-headed flies and tachinid flies?

Of course you do!

The Bohart Museum of Entomology is hosting an open house, themed "Parasitoid Palooza," from 1 to 4 p.m., Saturday, Nov. 18 in Room 1124 of the Academic Surge Building on Crocker Lane, UC Davis campus. It's free and open to the public and family friendly.

First of all, what's a parasitoid?

"An insect parasitoid is a species whose immatures live off of an insect host, often eating it from the inside out,"  says Tabatha Yang, education and outreach coordinator of the Bohart Museum. "It is part of their life cycle and the host generally dies."

“Nematodes are an amazing phylum of organisms--they exist in almost every known environment on the planet, and different species eat everything from bacteria and fungi to plant and animal tissue," says nematode authority Lauren Camp, diagnostic parasitologist at the UC Davis Veterinary Medical Teaching Hospital.  She will be at the open house to display specimens and answer questions.

"I find parasites particularly fascinating, because they are dependent on another organism (or organisms) for part or all of their life cycle," says Camp, who received her doctorate from the UC Davis,  studying with nematologist Steve Nadler, professor and chair of the UC Davis Department of Entomology and Nematology.

They're a  group of tiny parasitoids, says Bohart Museum senior museum scientist Steve Heydon, a world authority on Pteromalids. There are some 3,450 described species of Pteromalids. They're found throughout the world and in virtually all habitats. Many are important as biological control agents. A tachinid fly parasitizes caterpillars, including "the good and the bad." (Photo by Kathy Keatley Garvey)
Small-headed flies?

They are "a remarkable group of endoparasitoids of spiders" and members of the family Acroceridae, says Jessica Gillung, a PhD student at UC Davis who studies with major professor Lynn Kimsey, director of the Bohart Museum of Entomology and UC Davis professor of entomology. "They are rare and elusive flies lay the eggs on the ground or vegetation, and the little larva is in charge of finding itself a suitable host. Upon finding the host, the larva enters its body and feeds inside until it's mature to come outside and pupate. They eat everything from the spider; nothing is wasted."

These parasitoids will be on display, along with the remains of its caterpillar hosts. The fly is used as a biological control agent for some pests. But those who rear monarch butterflies consider it their enemy when these flies parasitize caterpillars and chrysalids.

The family craft activity will be pop-up cards, said Yang. Participants will craft cards with a monarch on the front, and a pop-up inside of a parasitoid.

The Bohart Museum houses a global collection of nearly eight million specimens. It is also the home of the seventh largest insect collection in North America, and the California Insect Survey, a storehouse of the insect biodiversity. Special attractions include a “live” petting zoo, featuring Madagascar hissing cockroaches, walking sticks, praying mantids and tarantulas. Visitors are invited to hold some of the insects and photograph them.

The Bohart Museum holds special open houses throughout the academic year. Its regular hours are from 9 a.m. to noon and 1 to 5 p.m. Mondays through Thursdays. The museum is closed to the public on Fridays, Saturdays and Sundays and on major holidays. Admission is free. More information on the Bohart Museum is available by contacting (530) 752-0493 or emailing bmuseum@ucdavis.edu or Tabatha Yang at tabyang@ucdavis.edu. 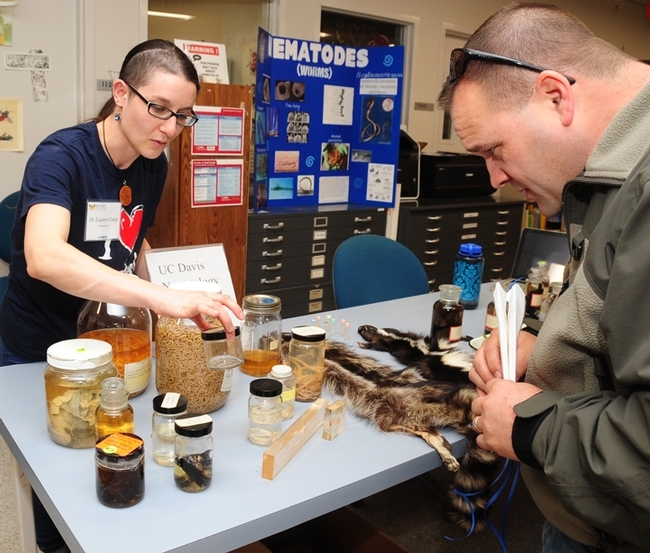 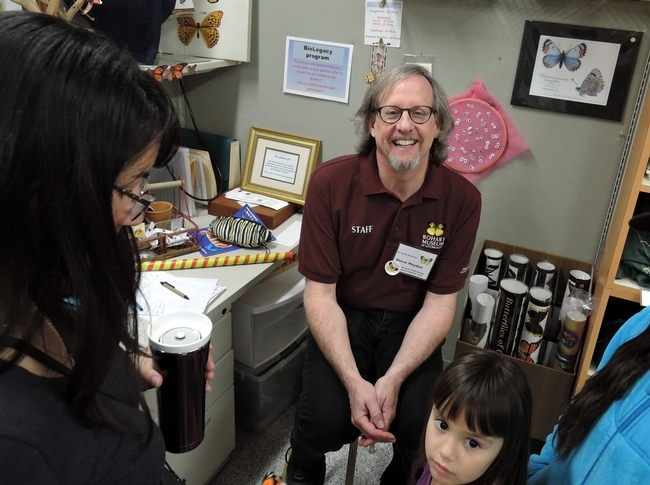