No rain for several years may have let citrus growers think that brown rot control is not important.  But it still is and it's just coming out after a few inches of rain earlier this January.  This is not the brown rot of stone fruits caused by Monilina fungus but a pathogen, completely different – Phytophthora spp.

Brown rot is caused by multiple species of Phytophthora when conditions are cool and wet. Brown rot develops mainly on fruit growing near the ground when Phytophthora spores from the soil are splashed onto the tree skirts during rainstorms; infections develop under continued wet conditions. Fruit in the early stage of the disease may go unnoticed at harvest and infect other fruit during storage.

One spray of copper fungicide between October and December before or just after the first rain may provide protection throughout the wet season. When rainfall is excessive, you may have to repeat the spray in January or February. Spray the skirts to about 4 feet above ground. Spraying the ground underneath the trees also reduces brown rot infections. In addition to copper, other products effective against brown rot include the phosphonate and phenylamide fungicides. Phosphonates are applied as foliar and fruit or soil treatments, whereas phenylamides are applied as soil treatments for brown rot control. For soil applications, microsprinkler irrigation applications may be used.

Recently, oxathiapiprolin (Orondis®) was registered for use on citrus in California.  Orondis® is an outstanding alternative for Phytophthora control that may be applied as chemigation or foliar application.  However, foliar applications are preferred for preventing brown rot.

Potassium phosphite fungicides may be applied in aqueous dilutions to fruit alone or in combination with other postharvest fungicide treatments to manage nonvisible infections that occurred before harvest or protect fruit from brown rot infection after harvest during storage, distribution, and marketing. Use high-volume flooder or dip treatments for maximum coverage of fruit. Heated (125–136°F) fungicide solutions optimize performance of the potassium phosphite treatment.

Packers should check the Global MRL Database for all country MRLs at https://globalmrl.com/db#pesticides/query. 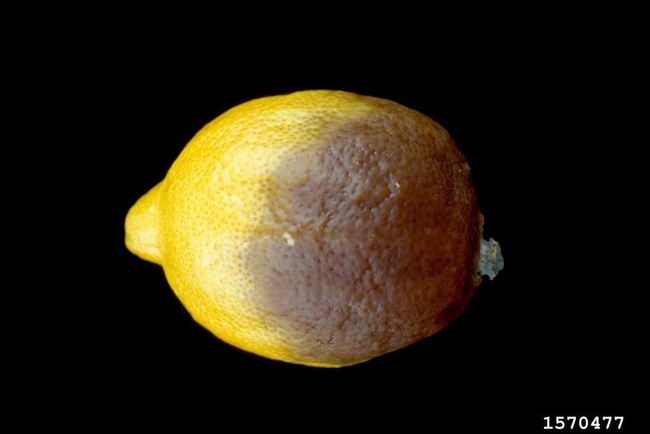 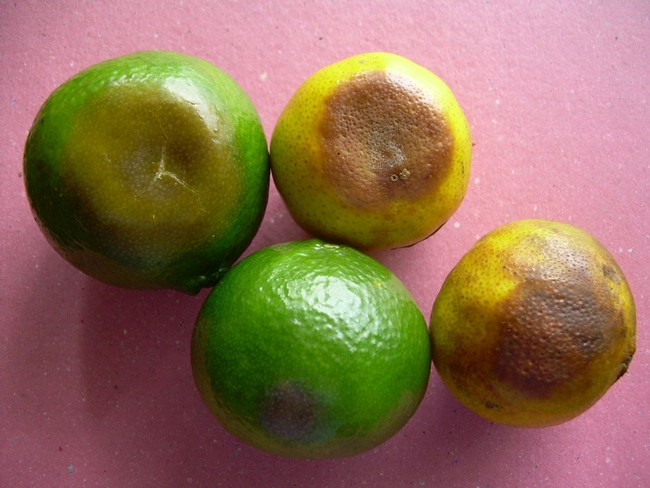