The Sacramento-San Joaquin Delta Conservancy has been organizing the Arundo Control and Habitat Restoration Program since 2014. During that time, we worked with funding from the Department of Water Resources and our project partners, the Sonoma Ecology Center and the Solano Resource Conservation District, to map and prioritize Arundo (Arundo donax) infestations in the Delta (Figure 1), conduct chemical control treatments on as many stands of Arundo as we can gain access to (Figure 2), and install native habitat where possible (Figure 3). This effort has focused on the Cache Slough Complex which is an area of Solano County that has been identified as a high priority for habitat restoration work.

The DWR funding was supplemented by USDA funding since Arundo is one of the species targeted by the USDA-ARS Delta Region Areawide Aquatic Weed Project (DRAAWP). The DRAAWP funding allows us to continue our chemical control efforts and to expand our area of work to the entire legal Delta. The Delta Conservancy is now coordinating chemical Arundo control efforts with biological control treatments. Combined chemical and biological control efforts on Brannan Island State Recreation Area (Figures 4 and 5) began in late summer of 2017 with permission from California State Parks. Aaron N.K. Haiman is an Environmental Scientist and Tribal Liaison with the Sacramento-San Joaquin Delta Conservancy. 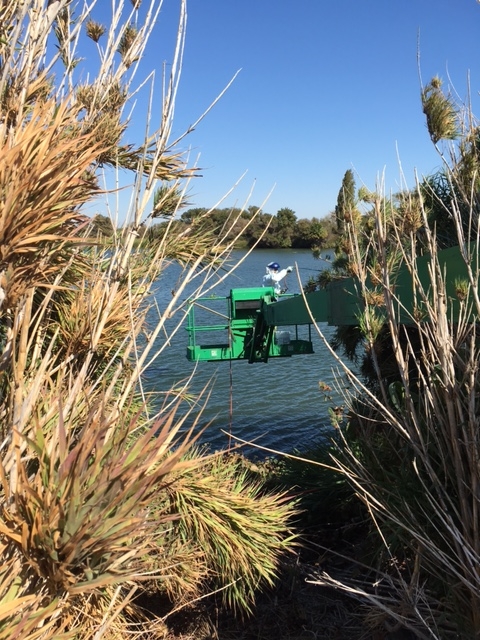