The evolutionary history of honey bees dates back millions and millions of years. Bees are thought to have appeared at least 130 million years ago, according to British biologist Dave Goulson, author of A Sting in the Tale: My Adventures with Bumblebees. The oldest known bee in amber is about 80 million old, Goulson estimates. It's a stingless bee "similar to species that live today in South America." Bee scientist Tom Seeley of Cornell.
Natural selection defined them. All of them.

In an article published in the March 2017 edition of the American Bee Journal on "Darwinian Beekeeping: An Evolutionary Approach to Apiculture," Seeley wrote: "As someone who has devoted his scientific career to investigating the marvelous inner workings of honey bee colonies, it saddens me to see how profoundly--and ever increasingly--conventional beekeeping disrupts and endangers the lives of colonies."

Seeley, who will speak at 9:15 a.m., is the Horace White Professor in Biology in Cornell's Department of Neurobiology and Behavior, where he teaches courses on animal behavior and researches the behavior and social life of honey bees. He's the author of Honeybee Ecology: A Study of Adaptation in Social Life (1985), The Wisdom of the Hive: the Social Physiology of Honey Bee Colonies (1995), and Honeybee Democracy (2010), all published by Princeton University Press. His books will be available for purchase and signing at the symposium.

The daylong event "is designed for beekeepers of all experience levels, including gardeners, farmers and anyone interested in the world of pollination and bees," said Amina Harris, director of the Honey and Pollination Center. "In addition to our speakers, there will be lobby displays featuring graduate student research posters, the latest in beekeeping equipment, books, honey, plants, and much more."

Seeley's talk promises to be both informative and captivating.

Fact is, honey bees "lived independently from humans for millions of years, and during this time they were shaped by natural selection to be skilled at surviving and reproducing wherever they lived, in Europe, western Asia, or Africa," Seeley wrote in the American Bee Journal.

Seeley will share "what can we do, as beekeepers, to help honey bee colonies live with a better fit to their environment, and thereby live with less stress and better health."

It's all about "keeping bees healthy." 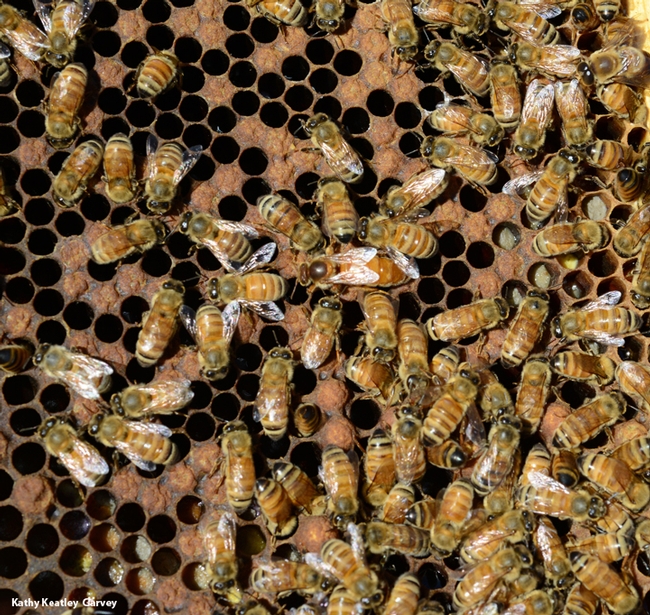