A Madagascar hissing cockroach at the Bohart Museum of Entomology. (Photo by Kathy Keatley Garvey)
What's a picnic without bugs?

Bugs at Briggs and the Bohart?

The UC Davis Department of Entomology and Nematology is gearing up for scores of insect-related activities at Briggs Hall and the Bohart Museum of Entomology for the 104th annual campuswide UC Davis Picnic Day. on Saturday, April 21.

Coordinating the event at Briggs Hall are forensic entomologist Robert Kimsey and doctoral student Brendon Boudinot of the Phil Ward lab and president of the Entomology Graduate Students' Association. Heading the activities at the Bohart Museum are director Lynn Kimsey, professor of entomology, and Tabatha Yang, education and outreach coordinator.

The UC Davis Entomology Club, advised by forensic entomology Robert Kimsey, will enter a 40-foot black widow spider float in the Picnic Day Parade, which gets underway Saturday at 9:30 a.m. with an opening ceremony by the grandstands on North Quad Ave., across from Wickson Hall. The parade starts at 10 a.m., with announcement locations at 2nd and D streets in downtown Davis; F Street in front of PDQ Fingerprinting; and 3rd and C streets in downtown Davis.  Last year the spider float won the "Best Organization" award in the parade.

The Bohart Museum staff and students will also be on the Quad on Wednesday, April 18 from noon to 1 p.m.as part of a pre-Picnic Day showcase being organized by the Picnic Day Committee. They will be holding insects and encouraging others to do so. 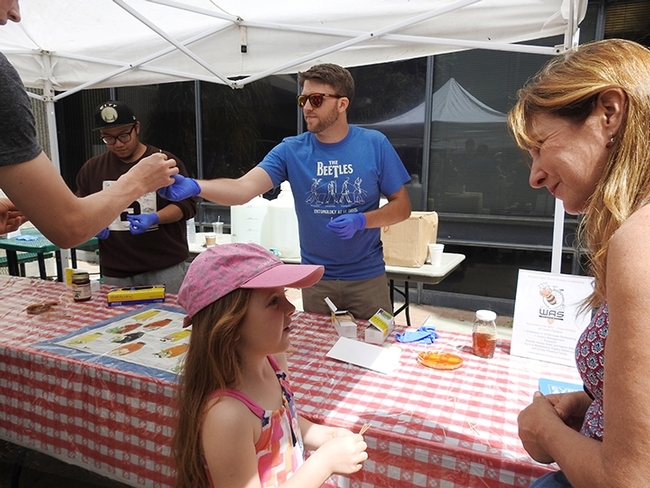 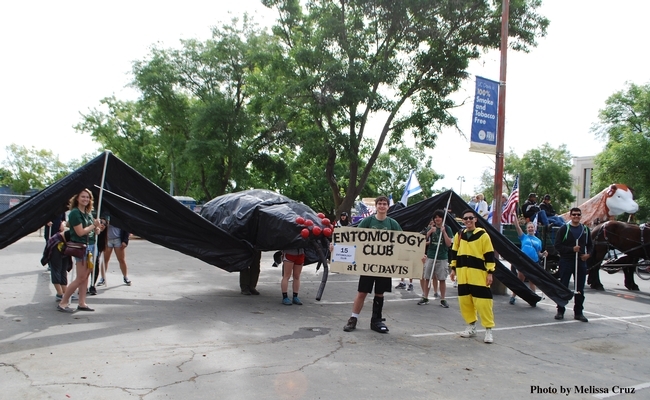 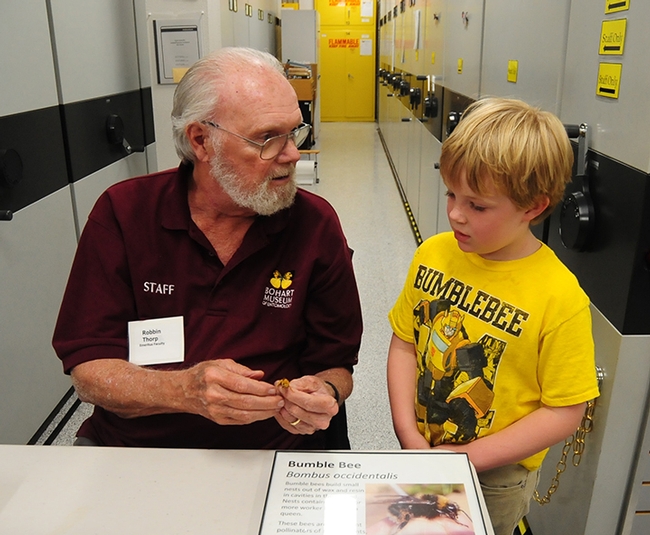