It's always held the Friday before Mother's Day to promote awareness of North America's public gardens. The non-profit American Public Gardens Association of Pennsylvania established the observance in 2009.

Want to celebrate it at the University of California, Davis?

The Haagen-Dazs Honey Bee Haven, part of the UC Davis Department of Entomology and Nematology and located on Bee Biology Road, next to the Harry H. Laidlaw Jr. Honey Bee Research Facility, Davis campus, has scheduled an open house on Saturday, May 12 from 11 a.m. to 2 p.m.

If you visit the garden on Saturday, odds are you'll see many different species, including honey bees, bumble bees, carpenter bees, and sweat bees, as well as butterflies and dragonflies. 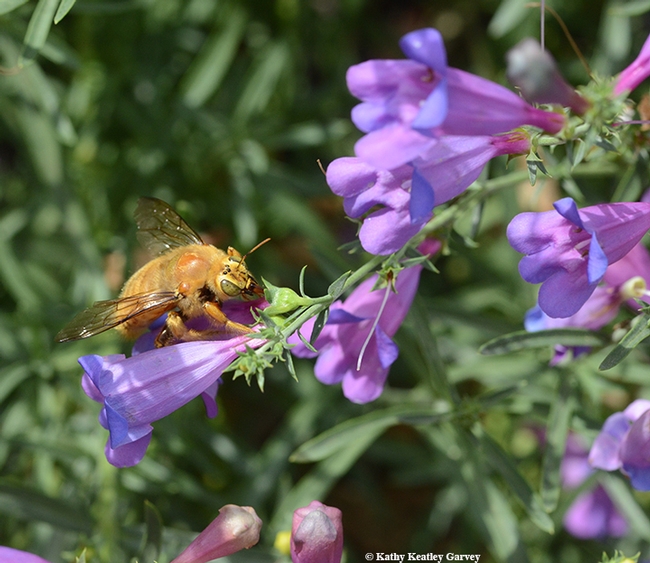 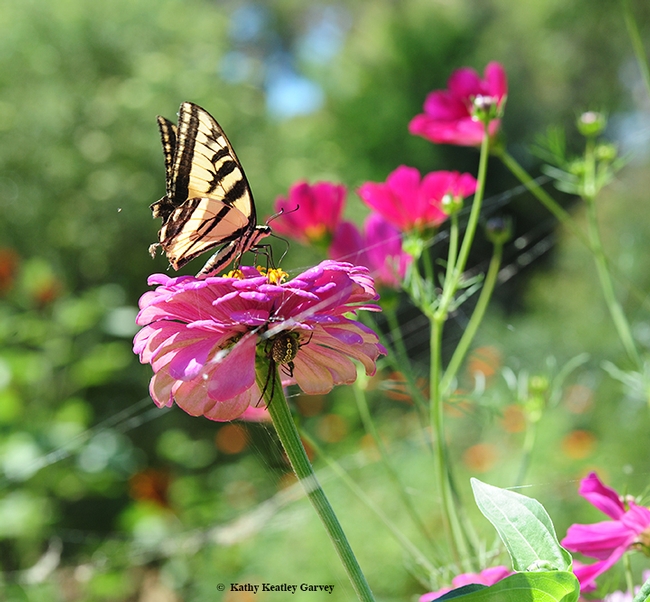 The Western tiger swallowtail, Papilio rutulus, is a frequent visitor to the Haagen-Dazs Honey Bee Haven. Note the spider lurking beneath the zinnia blossom. (Photo by Kathy Keatley Garvey) 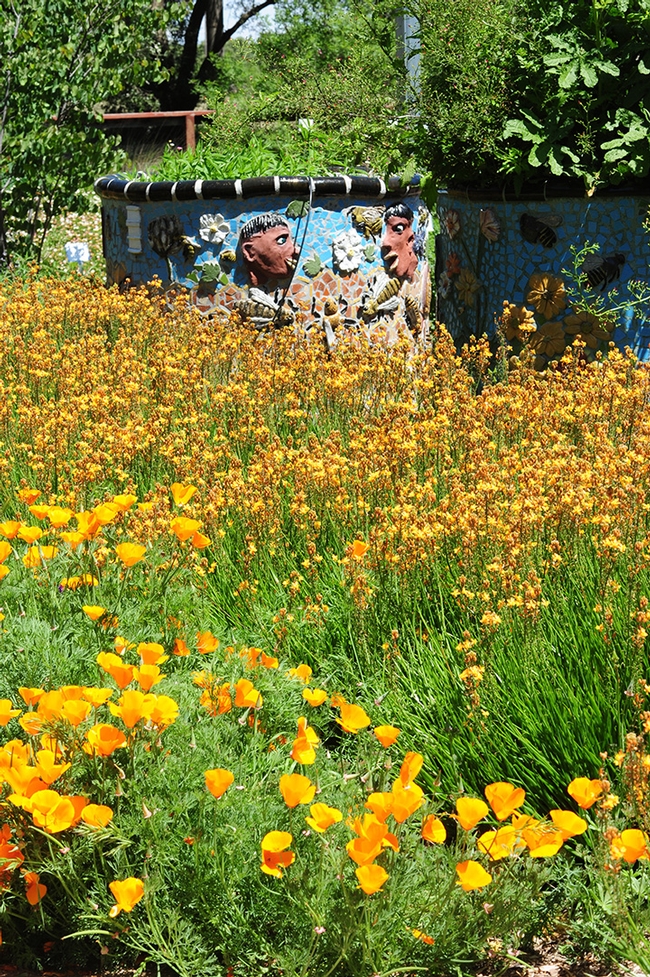 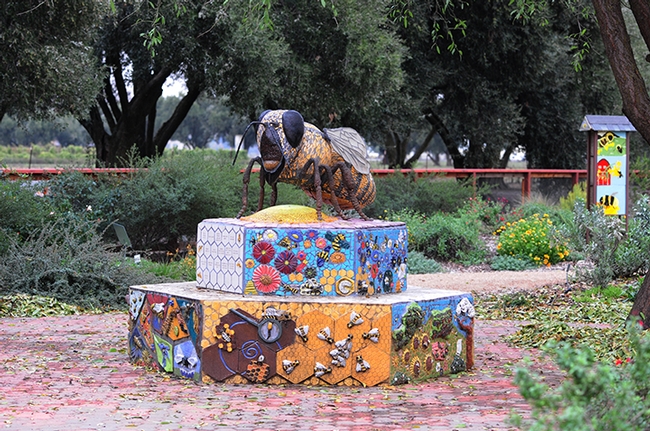