The common question comes up all the time – “What can I grow here that will make money?”  Why not lemons or avocados.  The coastal California area is generally well adapted to these crops and infrastructure and markets are developed.  Still people want to diversify and do have serious concerns about ACP and other problems that might affect these two big coastal crops.

A recent class of Cal State Channel Islands students was asked to identify crops that would make a difference if introduced to the Ventura/Santa Barbara agroenvironment and would make money based on the exceptional climate here.  The crop had to fit into the rules:

1)      Something that could be grown here, or only with difficulty somewhere else where it was too hot/cold, or that it is out of sync with production somewhere else

2)      Or the corollary, that it couldn't be grown somewhere else more cheaply or processed or stored, somewhere with cheap land/water/labor/laws.  Cheap

3)      It needs to be fresh and even delicate to make it hard to ship distances.

4)      Or if it doesn't meet rules 1-3, it can be marketed so that it takes on the specialty of the locale. “It really cant be grown anywhere else, but here, because it can only be found in Ojai.” Or something of that nature.

So, the proposed perennial crops were:

Pitahaya – Hylocereus undatus or ‘dragon fruit' is already being grown in the county, has a good market and potential and has some drought tolerance although it can have problems in full sun, even along the coast.

Azerole – Crataegus azarolus or ‘Mediterranean medlar'.  Does best where not too cold, but with those thorns its going to be a tough crop to pick and will require a lot of marketing even though it can take drought.

Yuzu – Citrus junos is a high demand fresh fruit that grows similar to standard lemon, although a bit more cold hardy.  Demand is primarily from Japanese and Korean restaurants.  And being citrus might be susceptible to huanglongbing.

Jaboticaba – Myrciara caulifora, a new crop, well adapted to the coast, very tasty and fits in with the locavore trend.  And Fresno cant grow it unless in tunnels. And you cant eat just one.

‘Santa Rosa' plum – this is the standard Prunus salicina stone fruit, but because it is early along the coast and can be picked “just so O, ripe” for shipment to LA restaurants that would welcome an alternative to the standard tasteless store-bought fruit

Persimmon – Diaspyros kaki – one of the flat ‘Fuyu' varieties, because they crop earlier along the coast than the Central Valley.  And there's nothing more satisfying than that crunch.

Moringa – Moringa oleifera or drumstick tree is often produced for oil, hence the botanical name.  It can also be grown for cattle food, but the deal here is it's grown for fresh market for its spinach-like leaf and it's a perennial which you just keep on cutting and cutting and cutting and there's not replanting.  A money machine.

Mulberry – Morus alba and nigra.  Nothing could be more sweet, but ever so delicate than a mulberry fruit.  Harvested off tarps (to comply with food safety) and shipped immediately to farmers markets and to the finest LA restaurants, you can make a bundle or a lot of permanent stain if it doesn't get to the consumer in good shape.  Drying is an option, but the Turks have that market.

Tamarillo – Solanum betaceum or ‘Tree Tomato” really like coastal weather and depending on the variety can be quite sour (red) or sweet (yellow).  This is one that will take some market development, but could take off as the new fruit on the block.

Hops – Humulus lupulus is a crop that most adults know about it.  The grow local/drink local crowd could really get into this.  There are so many small breweries looking for a distinguishing mark, and what better than a “Big Piru Pilsner with Priu Hops”.  There was a small hop industry along the coast before Prohibition.

Yellow oleander – Thevetia peruviana is an unusual choice for the coast here, but it seems there's a black market for the beads and hard to get. It could be legally grown here to supply a specialty market.

Papaya – Carica papaya.  This is one of those crops that has a developed market and already a lot of import to fill the demand.  Growing this to go after a new consumer willing to pay more for a high-quality piece of fruit.  This is going to take some market development.

Governors plum – Flacourtia indica, a new fruit to the area, although it grows as a weed in Florida. It's gonna take some marketing to get this into the mouths of consumers

According to the group of students who proposed these crops, the most likely to succeed in one year's time (immediate acceptance) was hops because of the drink local move happening here and around the country, but it would be limited to consumers in this area probably. The most likely to succeed in the long term, with market development, would be moringa.  It would be a new perennial vegetable crops that could be mechanized and might come to rival spinach itself, because of it perennial nature.

Almost all of these crops could have various health benefits associated with them – longer life, improved vision, springier step, snake-bite remedy, etc.  So, they all have promotion potential, aside from their ability to grow here.  There are lots of other possible crops here that might rival what is currently commonly grown here.  Something or things will rise to replace those that are.

At one-point Oxnard was the sugar beet capital of the world.  The world's largest walnut growing area in the country was Ventura Co. and Lima was Rex here.  They are all good crops, but their importance has been eclipsed many times by other crops gown here. 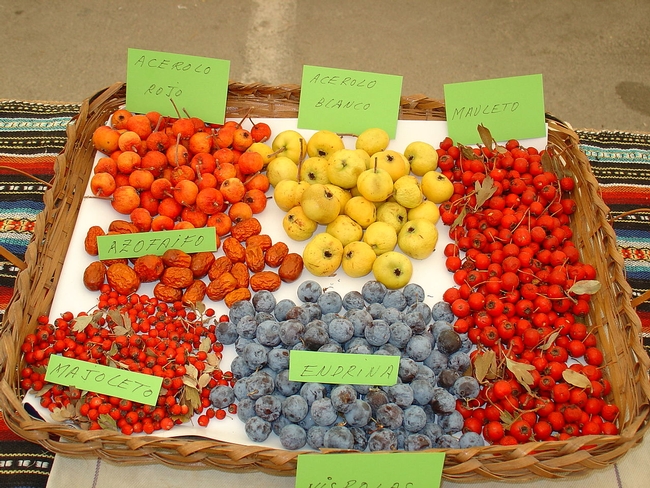