Foodborne illness outbreak not the usual bug
Published on: May 12, 2010

The reported foodborne illness outbreak in Ohio, Michigan and New York this week differs from other recent leafy green contamination episodes in the type of E. coli that was identified in the lettuce, according to an article published today in Western Farm Press.

“E. coli 0145 is well recognized as a type that can cause these kinds of clinical symptoms and illness; however it is not commonly associated with food,” Suslow was quoted. “The 0145 and 0157:H7 strains are among the most aggressive and more virulent types of E. coli.”

The Western Farm Press article said the FDA is investigating a farm in Yuma, Ariz., as part of its traceback investigation into the source of the E. coli 0145 outbreak in romaine lettuce that is believed to have made 19 people ill.

Kurt Nolte, director of University of Arizona Cooperative Extension in Yuma County, said the lettuce in question was shipped in bulk from the desert to a processing plant in another state. A New York state public health laboratory in Albany confirmed E. coli 0145 in an unopened bag of Freshway Foods shredded romaine lettuce.

Freshway Foods, a processor in Sidney, Ohio, voluntarily recalled products containing romaine lettuce with a use-by date of May 12 or earlier, the article said. The products were sold under the Freshway and Imperial Sysco brands in 23 states. 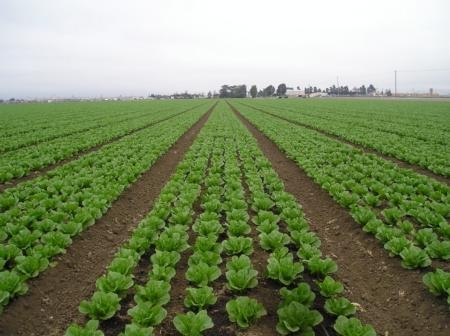