Doctoral candidate Emily Bick of the Christian Nansen lab, UC Davis Department of Entomology and Nematology, is the newly announced recipient of the Entomological Society of America's 2018 student certification award, which recognizes outstanding entomology students interested in the mission of the ESA certification program.

The UC Davis entomologist and the other awardees will be honored at “Entomology 2018,” the joint meeting of the entomological societies of America, Canada and British Columbia, to take place Nov. 11-14 in Vancouver, B.C.

What does the does the student certification award entail? “Post college, I sat for and passed the ESA Board Certified Entomologist exam," she said. "Then, this past summer, I was flown to Denver, Co., by the Centers for Disease Control and Prevention (CDC) to sit for the Medical Entomology Specialty Exam. At that time, I sat for an additional exam--Plant-Related Entomology Specialty. The Student Certification Award is given to a student who is a Board-Certified Entomologist who has written an essay about the importance of the Board Certification process."

The UC Davis doctoral student was a member of the 2016 UC Davis Linnaean Games Team that won the ESA national championship for expertise in answering questions about insects and entomologists. Now she and her team members have an opportunity to win another national championship: with the UC Berkeley-UC Davis team. The team, captained by Ralph Washington Jr., a graduate student at UC Berkeley and a former graduate student at UC Davis, also includes Brendon Boudinot, Zachary Griebenow and Jill Oberski, all of the Phil Ward lab. Boudinot was also a member of the 2016 national award-winning team. 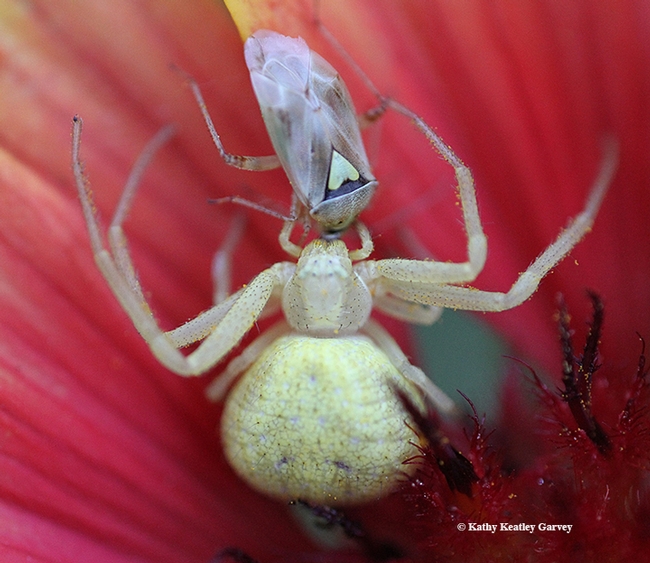