Akif Eskalen, the Subtropical Crops Plant Pathology Extension Specialist at UC Riverside has accepted a new position at UC Davis. He will be filling the position of his mentor, Doug Gubler. From now on, he will work on grapes, strawberries, caneberries, blueberries and other tree fruits.  Although, he will surely keep his interests in the issues he has worked on while at UCR.

Akif has been instrumental in binging new light to the understanding of such basic disease problems as Citrus Twig and Shoot Dieback, Citrus Botryosphaeria Branch Canker, Citrus Dry Root Rot and ‘Fukumoto' Foamy Bark (http://eskalenlab.ucr.edu/citrusdiseases.html). He has cleared up the mysteries surrounding Avocado Black Streak, Dothiorella Branch Canker and Avocado Stem and Leaf Blight. His studies have also covered oak diseases that are exacerbated by invasive pests (http://eskalenlab.ucr.edu/handouts/oakwoodlandsdiseasesmanagement.pdf).

He has worked with other researchers at UC and other organizations to understand and figure out what to do with Invasive Shot Hole Borer and its fungal symbiotic pathogens which damage and kill so many trees in the California landscape, such as CA Live Oak, Sycamore and Willow (http://eskalenlab.ucr.edu/pshb.html).

Yeah, so now he will have fun working out all the various disease issues of some major fruit crops grown throughout California. Go man go.

A recognition party was recently held at the Huntington Library in San Marino to celebrate his work and his new challenges.  The Garden and he have worked closely to build a program to manage Invasive Shot Hole Borer and Fusarium Dieback. 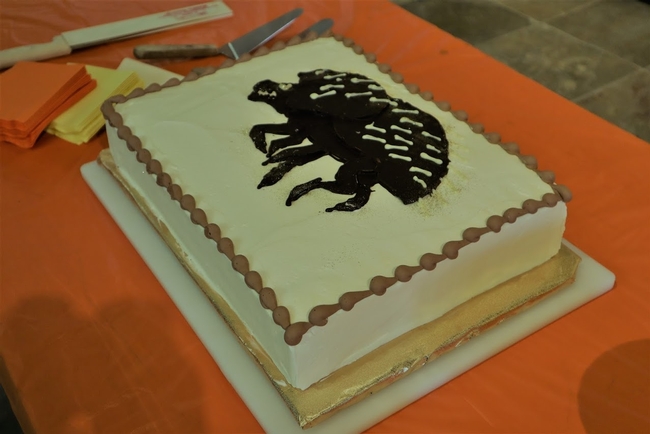 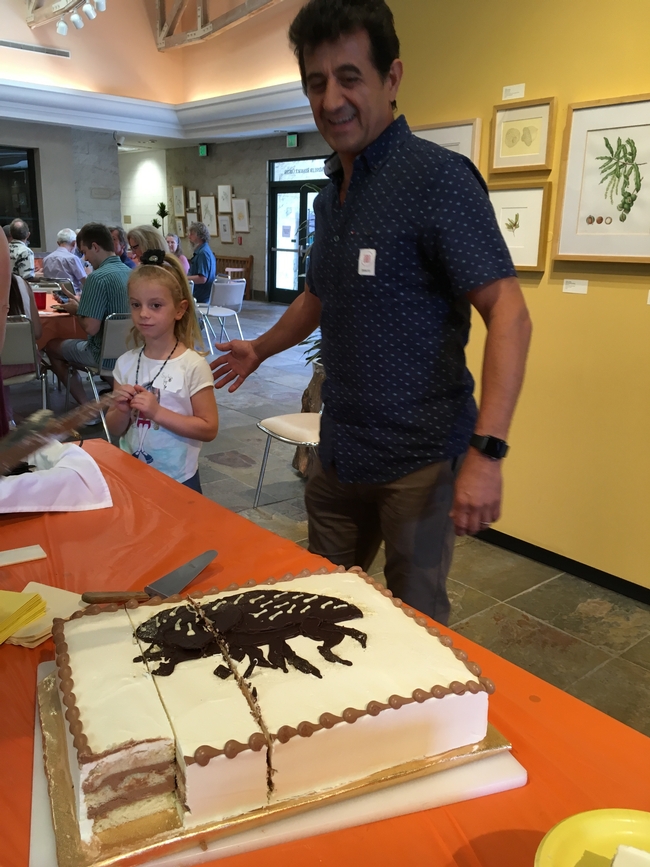