Lack of local slaughterhouse enlarges footprint
Published on: May 25, 2010

The efforts of grass-fed beef producers in Northern California to shrink their carbon footprints are frustrated by the need to truck animals long distances to the nearest slaughterhouse, according to an article in today's Santa Rosa Press Democrat.

The story said Harper is working on a slaughterhouse project with Mendocino County ranchers, community members and economic development officials. They're hoping to attract an investor willing to build one.

Small meat-processing facilities used to be commonplace all over the country, Harper said, but most have disappeared. Ukiah's last slaughterhouse closed almost 50 years ago. Four large corporations now process 85 percent of the nation's cattle, most of which are finished in feedlots eating grain.

Four years ago, a Marin County investor proposed building a meatpacking facility in the Ukiah Valley, but the plan was dropped because of local opposition. Opponents feared the facility would emit an unpleasant odor, the story said.

“I learned really quickly the public doesn't know the difference between a feedlot and a meat-processing plant,” Harper was quoted.

The facility being promoted would not include a feedlot, which generates the odor people mistakenly associate with slaughterhouses, Harper said. After one study and public outreach, Harper believes that objections to a local slaughterhouse now are limited to people who don't believe animals should be killed for food. 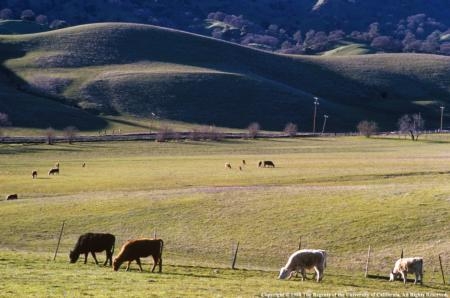