Bug Squad
sitenum=63
Happenings in the insect world
Why the Bohart Museum of Entomology Rocks! Winters residents Machiko Murdock and her daughter, Lilah Murdock, 5, display their rocks. Machiko works in the lab of Christian Nansen, UC Davis Department of Entomology and Nematology. (Photo by Kathy Keatley Garvey)
The Bohart Museum of Entomology at the University of California, Davis, rocks!

It rocks not "just because" of the excellent scientists, staff and volunteers--and the fact that it houses

No, it's not "just because" of all those attributes, accolades and accomplishments. The Bohart Museum's rock painting featured not only insects, but spiders--just in time for Halloween. (Photo by Kathy Keatley Garvey)
"Paint a Rock!" a sign read.

"Paint a rock with your favorite insect! These rocks can join the #UCDavisRocks that are hidden around campus and downtown. Once found, these rocks can then be re-hidden as a happy surprise for others to discover. Pictures of your #UCDavisRocks can be shared on the UC Davis Rocks Facebook page."

The Bohart Museum officials drew inspiration from Yolo Rocks and Solano Rocks, but a similar organization on campus, UC Davis Rocks, launched a related activity last spring. It is the brainchild of Kim Pearson and Martha Garrison of the College of Letters and Science. Gabby Stroubakis, a third-year sociology major at UC Davis, created these colorful rocks. (Photo by Kathy Keatley Garvey)
At the open house, it was a joy to watch families, friends, students, pre-schoolers and senior citizens join in the fun. Some painted butterflies; some opted for caterpillars; some chose dragonflies; some selected ants and lady bugs (lady beetles); and some ventured into the world wide web of spiders, just in time for Halloween.

The theme of the open house,  “Crafty Insects,” spotlighted crafty or sneaky insects (more photos of that in another blog), but a huge part of this open house starred rocks.

(Editor's Note: The Bohart Museum's regular hours are from 9 a.m. to noon and 1 to 5 p.m. Mondays through Thursdays. It is closed to the public on Fridays, Saturdays and Sundays and on major holidays. Admission is free.  More information on the Bohart Museum is available on the website or by contacting (530) 752-0493 or emailing bmuseum@ucdavis.edu 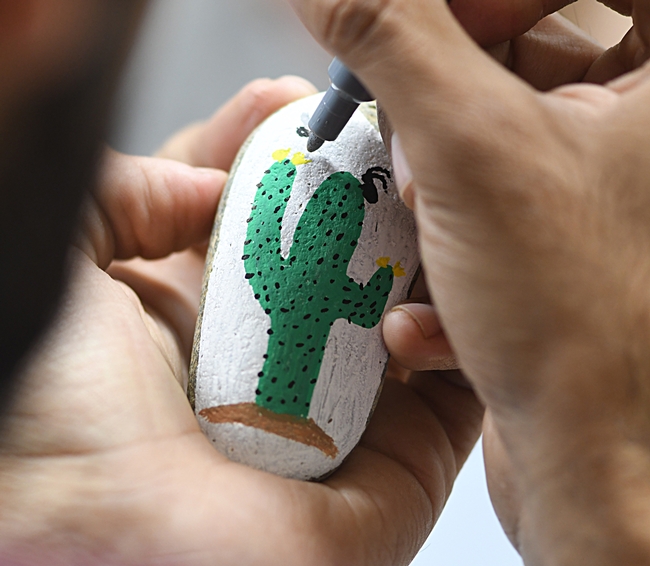 Entomologist Joel Hernandez adds the finishing touches on a rock painted by his wife, Melissa Cruz, the outreach coordinator for the UC Davis Arboretum and Public Garden. (Photo by Kathy Keatley Garvey) 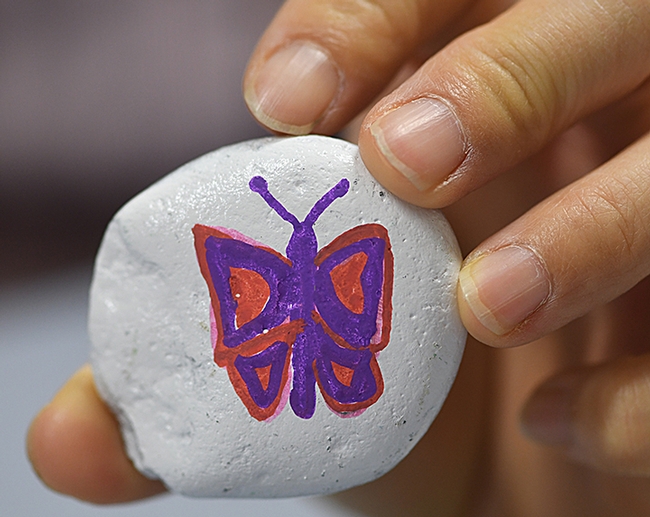 What's a rock without a butterfly on it? (Photo by Kathy Keatley Garvey) 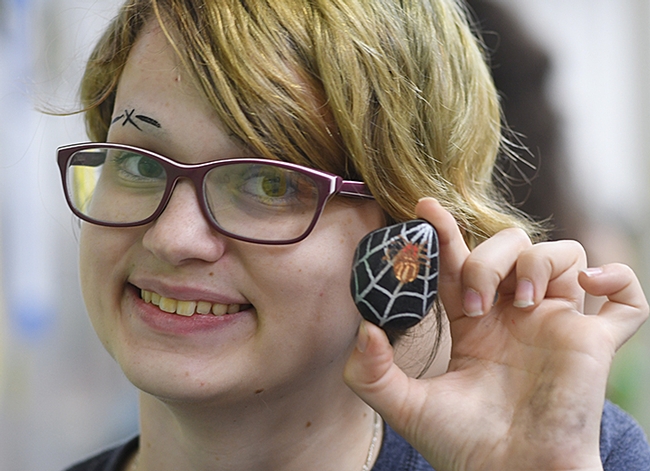 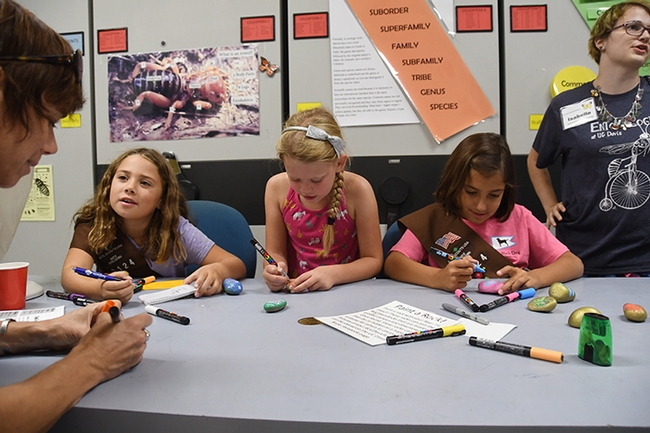 Members of Brownie Troop 3124 of Sacramento participated in the rock painting. In the foreground is leader Suzanne Enslow. The Brownies (from left) are Antonia Fedele-Mcleod, Adair Enslow, and Amelia Pacheco, all seven years old. At right is activity leader Isabelle Gilchrist, a UC Davis entomology major. (Photo by Kathy Keatley Garvey) 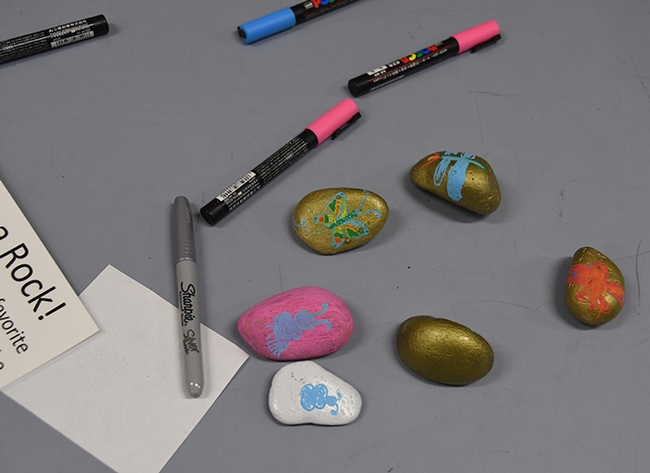 The family craft activity at the Bohart Museum of Entomology "rocked." (Photo by Kathy Keatley Garvey) 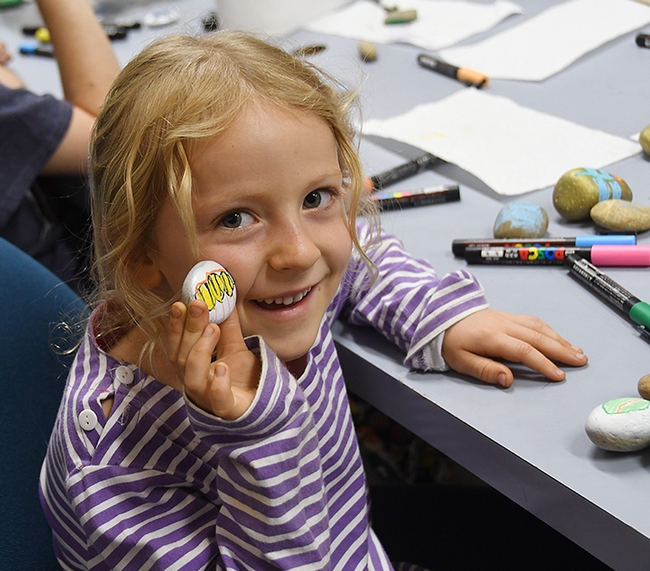