The English often call a fruit seed other names, like pip. A large pit could be called a stone.  Avocado usually has a seed, and if not it turns out to be a small fruit, called a "cuke".  Well that's a different story.  Sometimes little hard stones form in the flesh that are unrelated to germination.  These stones are unpredictable and uncommon. A friend has said that if an avocado gives you a stone, turn it into a pearl.  These stones are that rare.  Art Schroeder from UCLA described them without much attribution to their cause, but gave them a good name - sclerocarpelosis.  You can read his description in the 1981 California Avocado Society Yearbook which is available at Avocado Source:

A rather unusual case of malformation in avocado fruit has been noted recently. The
aberrant tissue structure is not detectable from external examination of the fruit. Upon
cutting the mature or nearly mature fruit, the aberrant tissue becomes evident in the
form of a stony layer of various degrees of development located in the otherwise soft
fleshy pericarp wall. A tentative name of sclerocarpelosis is used to describe this
condition. The term sclero refers to hardness of the stone cells, or sclereids, which are
the basic structural elements involved. Carpel refers to the fruit wall, and osis implies a
disease or disturbance of the plant or plant tissue.

The fruit is sometimes affected to an extent that it becomes inedible. Still other fruits
may contain small clusters of stone cells which would not be detected even if eaten.
Extremely affected fruits can have a stony layer 1 to 5 mm in thickness completely
surrounding the seed. This structure is suggestive in many ways of a peach pit which
envelops the peach seed.

The affected fruits have been observed on several trees at various locations in a very
large (1300 acres) avocado planting in Orange County, California. The orchards
involved are situated on gently rolling hills. The major portion of the trees bearing
abnormal fruits are found in low elevations or "pockets" where the effects of local
radiation frosts were observed to severely affect the trees during the 1979-80 winter
season. Many of the trees exhibited responses to frost injury such as unusual resprouts
and development of main structural limbs at points near the soil, severe bark and
sunburn injury due to unusual exposure as the result of loss of leaf canopy by frost, and
a general weakened appearance of the entire tree in comparison with nearby unaffected
trees. 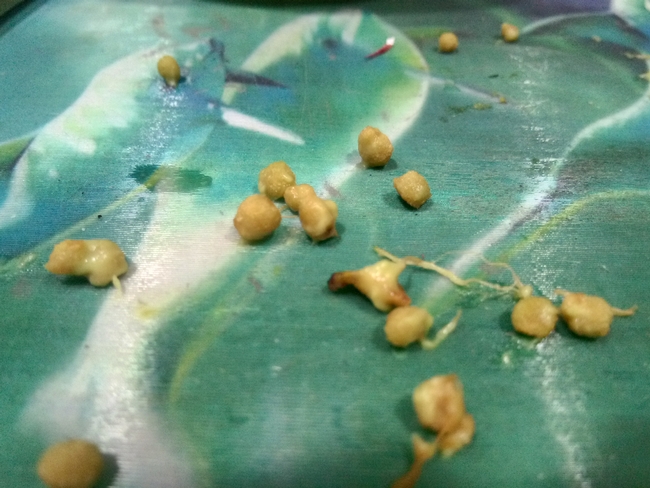 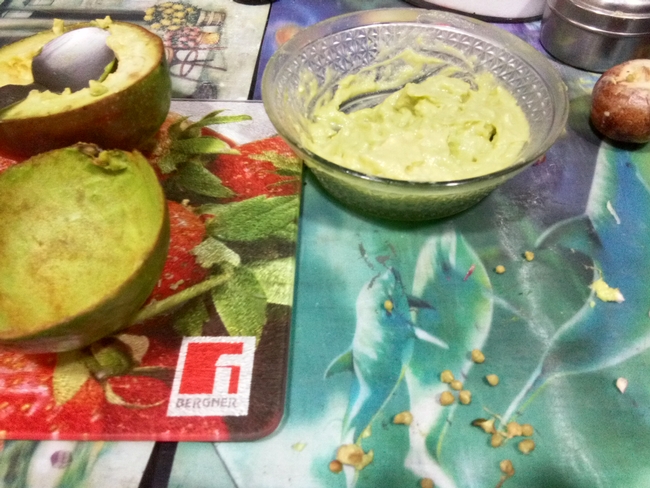