Entomological Society of America logo
They did it! Again!

The incredible University of California Linnaean Games Team, comprised of graduate students from UC Davis and UC Berkeley, won the national championship at the popular and highly competitive Linnaean Games hosted this week at the Entomological Society of America's meeting in Vancouver, B.C.

In the first round, the UC team defeated the Texas A&M undergrads, the defending champions, by 120 to 0. "In the second round, we played Florida (including doctoral candidate David Plotkin, who specializes in the systematics and morphology of emerald moths), and won it in a nail-biting competition down to the last question!" said Boudinot. "Our final round was against the Texas A&M grads."

Question: The longest-lived lepidopteran is a wooly-bear moth in the Arctiidae. In what habitat would you find these?
Answer: Arctic tundra

Question: The Passandridae are a family of beetles. What is unusual about their larvae?
Answer: The larvae are e ectoparasitoids of wood-boring insects. 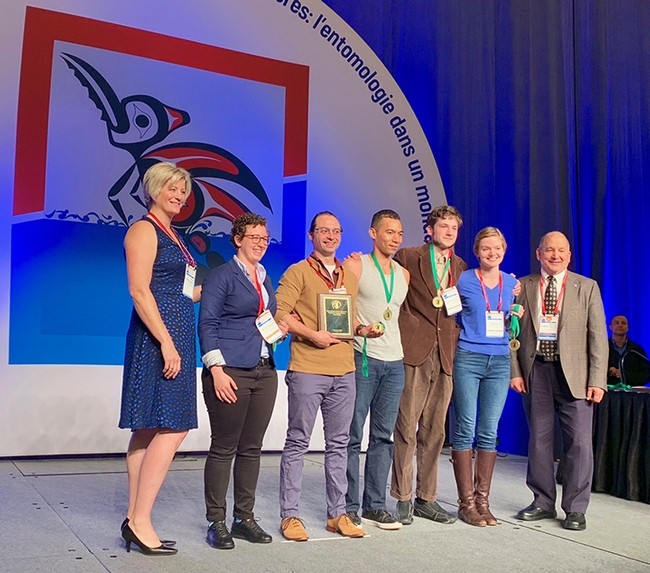