Should You Share a Cup of Coffee with Your Plants?

For example, one 2016 research study determined that horticultural plants grew poorly when used or “spent” coffee grounds were directly applied to plants.[1]  The study investigated the effects of the direct application of spent coffee grounds on plant growth, soil hydrology, and nitrogen transformation processes.  The researchers grew five plants (broccoli, leek, radish, viola, and sunflower) in sandy, sandy clay loam and loam soils, with and without used coffee grounds and fertilizer amendments. The same plants were grown in the field with 0, 2.5, 5, 10 and 25% amendment rates.  (Reading the article's abstract, it is unclear whether the study involved only five plants in each set, which would be a small study sample or five types of plants in each set.)

The study concluded that all of the plants grew poorly in response to the spent coffee grounds, regardless of soil type and fertilizer addition. Increasing the amendment rate significantly increased the soil water holding capacity, but also decreased plant and weed growth and subsequent weed growth. The study stated that the growth suppression was not explained by soil pH change, or nitrogen availability, and was more likely due to phytotoxic (toxic to plants) effects.

A consistent theme among various articles is that the coffee grounds directly applied to plants suppress plant growth. Coffee is rich in caffeine.  Caffeine reduces competition from other plants by suppressing their growth.  Thus, there is a possibility that coffee grounds can suppress the growth of plants we want to grow and not just weeds that we don't want to grow.

In sum, if you would like to use used coffee grounds in your garden, it is highly recommended to combine the grounds with compost rather than applying the grounds directly.  You could even conduct an experiment to see how your plants grow with and without composted coffee grounds. 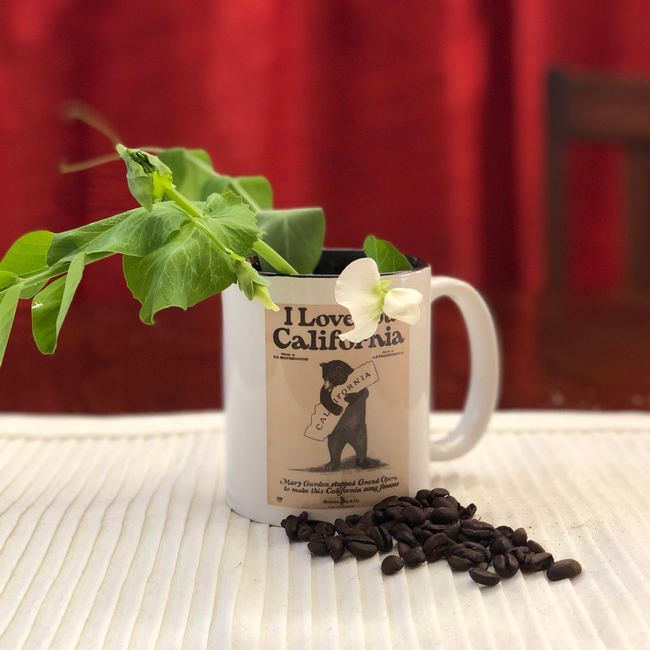 photo by Erin Mahaney
Comments: 2
Comments:
by Jenni Dodini
on January 5, 2019 at 7:19 AM
Great article! Have always used coffee grounds directly but mainly in the acid loving plants. Did mix them directly into my raised garden this past year, so maybe that's why my peppers didn't do anything about producing for me.
by Joe Ellett
on January 11, 2019 at 2:23 PM
I get lots of coffee grounds from Starbucks, and most of it goes into my compost bins. The worms love it and by the time they're done, PH is not an issue.

Regarding uncomposted grounds, much of the soil in our region is alkaline, and adding coffee grounds can mitigate that. It's best to learn which plants like alkaline, neutral or acid soil and adjust the application of grounds accordingly.
Leave a Reply: