The federal government has pledged $1.75 million from the 2008 Farm Bill to fight European grapevine moth, a pest that made its first recorded U.S. appearance last September in a Napa County vineyard. EGVM has since spread to six grape-producing counties, according to the California Department of Food and Agriculture.

"After increased detections of the pest in California in recent weeks, it is clear that additional funding is needed to ensure we can respond quickly and effectively to protect California's grape and wine industries," USDA administrator Cindy Smith was quoted in the Fresno Bee article about the new funding. The money will be used for trapping, detection and surveying of the pest.

Growers are currently using low toxicity pesticides to combat EGVM, according to the San Francisco Chronicle's Inside Scoop blog. CDFA has has approved two materials for use in vineyards with EGVM and CCOF, which provides organic certification to growers, has approved ISO-Mate EGVM, a pheromone treatment used to confuse adult male moths in search of a mate.

However, UCCE Napa County viticulture advisor Monica Cooper says it's too soon to know how well the treatments will work, according to the blog. Several trials are under way.
Attached Files 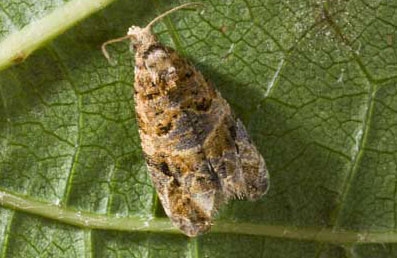