Allison Gartung, lead author
And to think it all began with butterflies.

From basic science to applied science.

From studying insects to helping humankind.

The ovarian cancer research published today in the Proceedings for the National Academy of Science (PNAS) can be traced back, in part, to a former graduate student at UC Berkeley trying to answer some basic questions on how a caterpillar becomes a butterfly.

For the past 50 years, Hammock has been studying sEH inhibitors, leading to drugs that target such diseases as diabetes, hypertension (heart disease), Alzheimer's disease, and cancer. He recently formed a Davis-based company, EicOsis, to develop an orally active non-addictive drug for inflammatory and neuropathic pain for human beings and companion animals. Human clinical trials are scheduled to begin in 2019. Several seed-fund grants and a NIH/NINDS (National Institute of Neurological Disorders and Stroke) Blueprint Development Grant support EicOsis.

But back to the research published today in PNAS.

Did you know that chemotherapy kills cancer cells, but that the debris of dead and dying cells can lead to inflammation and the surge of more cancerous cells? UC Davis distinguished professor Bruce Hammock, who co-discovered the soluble epoxide hydrolase, has been researching sEH inhibitors for 50 years. (Photo by Kathy Keatley Garvey)
The paper, “Suppression of Chemotherapy-induced Cytokine/Lipid Mediator Surge and Ovarian Cancer by a Dual Cox-2, sEH Inhibitor,” indicates that a dual compound developed in the Hammock lab not only suppresses inflammation but reduces cancer growth, acting as a “surge protector."

The research is the work of a 13-member team from Harvard Medical School/Beth Israel Deaconess Medical Center (BIDMC), UC Davis, Institute of Systems Biology of Seattle, and Emory University School of Medicine of Atlanta. They tested the compound on mice models.

Lead author Allison Gartung of Harvard Medical School/BIDMC described the research as a “novel approach to suppressing therapy-induced tumor growth and recurrence. To prevent tumor-recurrence after therapy, it will be critical to neutralize the inherent tumor-promoting activity of therapy-generated debris,” she said. "Our results indicate that a dual COX-2/sEH inhibitor may offer a novel alternative to protect the body from a debris-mediated inflammatory response.”

Gartung said that the study confirms that chemotherapy-killed ovarian cancer cells “induce surrounding immune cells called macrophages to release a surge of cytokines and lipid mediators that create an optimal environment for tumors to survive and grow.

Hammock, who holds a joint appointment with the Department of Entomology and Nematology and the UC Davis Comprehensive Cancer Center, lamented that “Chemotherapy and surgery, the mainstays of conventional cancer treatment, can act as double-edged swords. It is tragic that the very treatments used to cure cancer are helping it to survive and grow." Chemist Sung Hee Hwang of the Hammock lab developed the compound for the study. (Photo by Kathy Keatley Garvey)
The team treated the mice models with a dual lipid pathway inhibitor discovered several years ago in the Hammock lab. It integrates two anti-inflammatory drugs (COX-2 inhibitor and soluble expoxide hydrolase (sEH) inhibitor) into a single molecule with the aim of reducing tumor angiogenesis and metastasis.

Said Hammock: "We have a series of papers largely in PNAS, with the Panigrahy group showing first our soluble epoxide hydrolase inhibitors block tumor growth and metastasis when used with omega3 fish oils or with COX inhibitors and the role for these compounds in regulating a number of mediators of cancer growth."

And to think this all began with a young graduate student at UC Berkeley studying how caterpillars become butterflies. 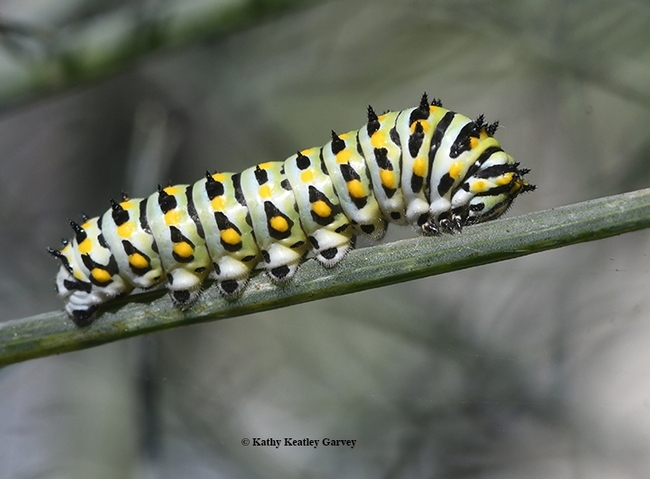 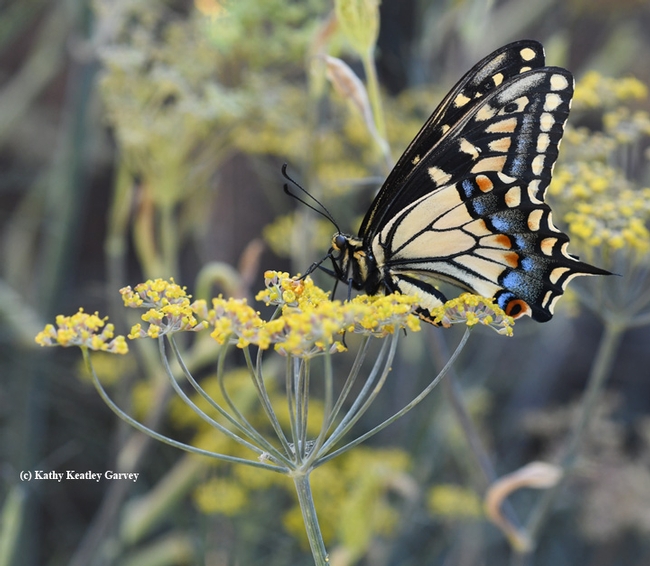