Controlling Soil pH with a Grass?
Published on: April 2, 2019

This is an intriguing article that popped up about how to improve blueberry production in alkaline soils.  High pH soils are a major issues for many of our tree crops along the coast.  pH is what controls the availability of most plant nutrients and what bacteria and fungi grow in the soil, creating the biosphere.   So can growing a grass cover crop in our orchards improve lemon and avocado production?

A lawn is better than fertilizer growing healthy blueberries

Intercropping with grasses is an effective and sustainable alternative to chemical treatments for maximizing blueberry yield and antioxidant content in limey soils.

Blueberries are prone to iron deficiency - and correcting it increases their health-enhancing antioxidant content, researchers have discovered.

Published in Frontiers in Plant Science, their study shows that growing grasses alongside blueberry plants corrects signs of iron deficiency, with associated improvements in berry quantity and quality. The effects are comparable to those seen following standard chemical treatment - providing a simpler, safer, cheaper and more sustainable strategy for blueberry farming on sub-optimal soils.

What do superfruits eat?

All soils are rich in iron, but nearly all of it is insoluble.

"Most plants get enough iron by secreting chemicals that make it more soluble," explains senior study author Dr José Covarrubias, Assistant Professor of Agriculture Sciences at the University of Chile. "These iron 'chelators' can be released directly from the roots, or from microbes that grow among them, and allow the iron to be absorbed."

"Blueberries, however, lack these adaptations because they evolved in uncommonly wet, acid conditions which dissolve the iron for them."

As a result, most of the world's relatively dry or alkaline ('limey') cropland is unsuitable for optimal blueberry growth.

"Iron is essential for the formation and function of plant molecules like chlorophyll that allow them to use energy," Covarrubias continues. "That's why iron deficiency shows up as yellowing leaves - and drastically reduces plant growth and yield.

"And in blueberries, iron-dependent enzymes also produce the 'superfruit' antioxidants responsible for their celebrated blue skin and health-enhancing effects."

Strong blueberries must pump iron - but at what cost?

There are two approaches to correcting iron deficiency in blueberries: acidify the soil, or add synthetic iron chelators. Each has its drawbacks, says Covarrubias.

"The commonest industrial approach is soil acidification using sulfur, which is gradually converted by soil bacteria into sulfuric acid. The effects are slow and difficult to adjust - and in waterlogged soils, hydrogen sulfide might accumulate and inhibit root growth.

"Acids can also be added directly via irrigation systems for more rapid acidification - but these are hazardous to farmers, kill beneficial soil microbes, and generate carbon dioxide emissions.

"A commoner strategy among growers is application of iron bound to synthetic chelators - often sold as 'ericaceous fertilizer' - but these are very expensive and leach potentially toxic chemicals into the water table."

"Grasses - which are well-adapted to poor soils - can provide a sustainable, natural source of iron chelators via their roots when grown alongside fruiting plants. Intercropping with grass species has been shown to improve plant growth and fruit yield in olives, grapes, citrus varieties - and most recently, in blueberries."

Now, Covarrubias and colleagues have brought intercropping a step closer to the mainstream of blueberry cultivation.

For the first time, they measured the effects of different methods of iron chelation on antioxidant content and other fruit qualities in blueberries.

"We found the association with grasses increased not only the total weight and number of blueberries per plant, but also the concentration of anthocyanins and other antioxidant compounds in their skins, compared to control. The effect sizes were comparable with the proven synthetic chelator Fe-EDDHA, whereas applications of Fe-heme from cow's blood - a fertilizer commonly used in home gardens - had no significant effect."

The beneficial effects paralleled improvement in the plants' iron status (leaf color), which was also comparable between the grass-associated and the Fe-EDDHA-treated plants. None of the treatments had a significant effect on average berry weight

Turf is ready to roll out for healthier blueberries

A potential limitation of intercropping observed in the study was a decrease in berry firmness, since firmer berries are favored by consumers.

"The association with grasses decreased berry firmness compared with control plants, whereas the berries collected from plants treated with Fe-EDDHA reached intermediate values.

"However chemical analysis showed a non-significant trend towards increased ripeness in the berries collected from the intercropped plants, which could account for this small difference."

Intercropped plants also required an additional water supply to maintain a similar soil moisture to other treatments, but plant management was otherwise straightforward and the same across groups. The grasses were kept cropped between 5 and 15cm - a typical range for an attractive mown lawn.

"Our findings validate intercropping with grasses as a simple, effective, sustainable alternative to standard iron correction strategies in blueberries," concludes Covarrubias. "Both commercial and private growers can put this strategy to use right away to boost their blueberry crop and antioxidant content."

Please link to the original research article in your reporting: https://www.frontiersin.org/articles/10.3389/fpls.2019.00255/full

Frontiers is an award-winning Open Science platform and leading Open Access scholarly publisher. Our mission is to make research results openly available to the world, thereby accelerating scientific and technological innovation, societal progress and economic growth. We empower scientists with innovative Open Science solutions that radically improve how science is published, evaluated and disseminated to researchers, innovators and the public. Access to research results and data is open, free and customized through Internet Technology, thereby enabling rapid solutions to the critical challenges we face as humanity. For more information, visit http://www.frontiersin.org and follow @FrontiersIn on Twitter. 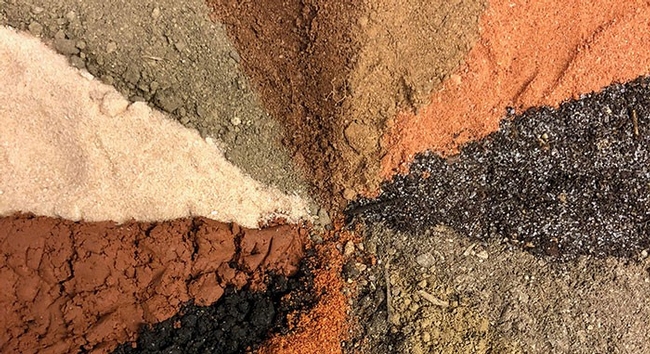