Mia Brown of Folsom, delights in holding a walking stick. (Photo by Kathy Keatley Garvey)
You don't have to travel the world to see insects.

The Bohart Museum, located in Room 1124 of the Academic Surge Building on Crocker Lane, will be open from 11 a.m. to 2 p.m., a change from last year's hours. The shorter hours will allow the Bohart Museum folks to help with the UC Davis Department of Entomology and Nematology's displays at Briggs Hall and the “Black Widow-on-Parade” entry in the UC Davis Picnic Day Parade.

"At the Bohart, we are focusing on the various countries from around the world and some of their insect fauna," said Tabatha Yang, education and outreach coordinator. The 12 countries that the Bohart is highlighting are:

“So for anyone who is from there, has lived there, has visited there, or who wants to visit there, please come and take a peak at some unique insects from around the world,” Yang said. “Some people enjoy traveling to explore cuisine and culture, but traveling for the flora and fauna of the world is equally wonderful. Insects are an important part of nature, so be curious, not afraid.”

There's also something special about this year's display at the Bohart. Its exhibit, "Will Travel for Bugs: The Bohart Museum of Entomology's Collections From Around the World," has been nominated for the Planet Earth Award. "Visitors will have the opportunity to vote for their favorite exhibits in five award categories," according to Madhuri Narayan, UC Davis Picnic Day exhibits director.  A QR code, linked to the voting survey, will be displayed at the museum. Or folks can vote here from 8 a.m. to 10 p.m. April 13. The prize for earning the most votes? "An awesome certificate and bragging rights," Narayan said.

Campuswide Picnic Day. The 105th annual UC Davis Picnic Day is free (free parking, free admission). It serves as the university's annual open house for prospective and current students, families, alumni, staff, faculty, and the greater Davis and regional communities. Picnic Day begins with the parade opening ceremony at 9:30 a.m., and the parade begins at 10 a.m. Most events will run from 10 a.m. to 4 or 4 p.m.  (See website.)

The Bohart Museum is open to the general public Mondays through Thursdays, from 9 a.m. to noon and from 1 to 5 p.m.,   plus occasional, weekend open houses​. Admission is free. Further information is available on the Bohart Museum website. 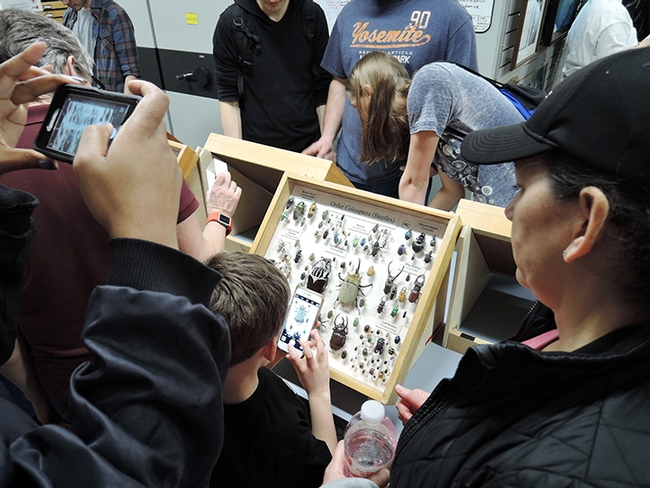 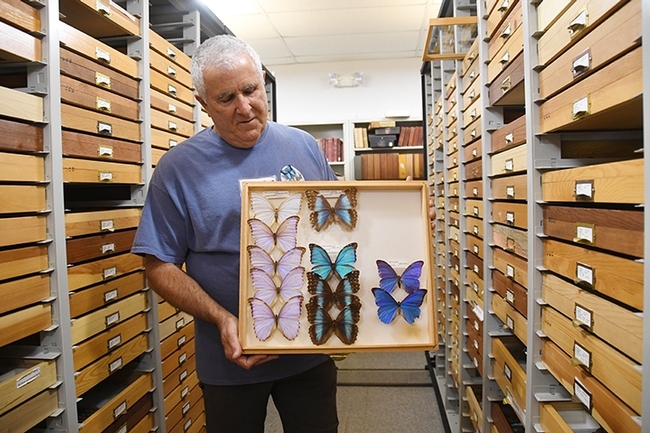 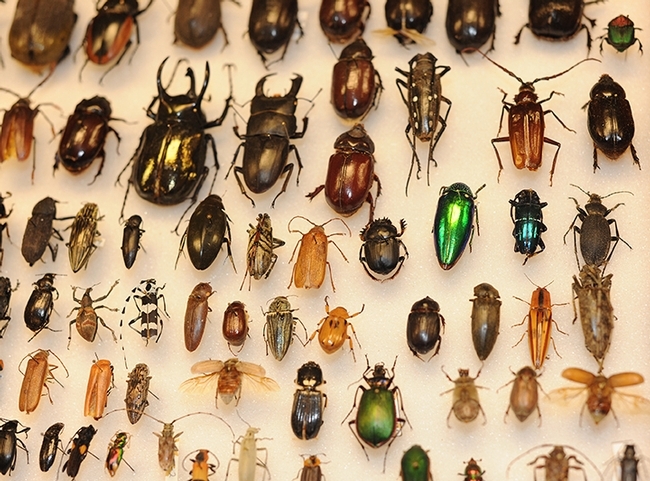