Entomology & Nematology News
sitenum=270
UC News about Entomology and Nematology.
'To Boldly Go'--And They Did--And Coverage Wins a Gold Award
Published on: May 31, 2019

Cuddle a cockroach? Snuggle with a stick insect?

When UC Davis Chancellor Gary May and Dean Helene Dillard of the UC Davis College of Agricultural and Environmental Sciences recently toured the Bohart Museum of Entomology, they praised the scientific research and displays, but neither expressed an interest in cuddling a cockroach or snuggling with a stick insect in the live "petting zoo."

The news coverage, however, won a gold award (first place) in a competition hosted by the international Association for Communication Excellence in Agriculture, Natural Resources and Life and Human Sciences (ACE).

Kathy Keatley Garvey, communications specialist with the UC Davis Department of Entomology and Nematology, covered the event with pen and camera.  Lynn Kimsey, director of the Bohart Museum and professor of entomology at UC Davis, chronicled the history of the museum, relating that Professor Richard M. Bohart founded the insect museum in 1946.  Now located in Room 1124 of the Academic Surge Building on Crocker Lane, it houses nearly 8 million insect specimens, plus a gift shop and the petting zoo.

Garvey headlined her news story, "To Boldly Go," referencing the theme of Chancellor May's 10-year strategic planning process launched in 2017. May, a Star Trek enthusiast, chose the theme to bring together everyone's bold ideas "to propel us to accomplish things we've only dreamed of in the past."

"So does the chancellor 'boldy go' into a museum with nearly eight million insect specimens and a live 'petting zoo' of Madagascar hissing cockroaches, walking insects, scorpions, tarantulas and praying mantises?" Garvey asked in her news story.

Judges lauded the coverage. "This great range of photos captures the event well," they wrote in their critique. "The diversity of angles, shot size, people, and insects make an interesting guide through the article. Definitely fulfilled the service mission, making a nice shareable piece for the university and the other involved entities...It's a good glimpse into the museum for people who can't visit and generates interest for those who can. Though the article explained the chancellor and dean were not keen on interacting with the insects, it would have been nice to have a photo of them smiling. They don't look very comfortable, though they do look interested...Great work, nice coverage." (See entry at https://bit.ly/2LJE65i.)

The award was one of 10 that communicators affiliated with UC Davis will receive at the ACE conference set June 24-27 in San Antonio, Texas.  Communications coordinator Steve Elliott of the Western Integrated Pest Management Center won four, including two golds:

Science writer Gregory Watry of the College of Biological Sciences won a silver award  in the promotional writing category for his story, ‘Feeding the Future: Growing Stronger Crops.” (Entry: https://bit.ly/2vZYZyz)

ACE, headquartered in Morton Grove, Ill., and founded in 1913., is a non-profit international association of communications, educators and information technologists. 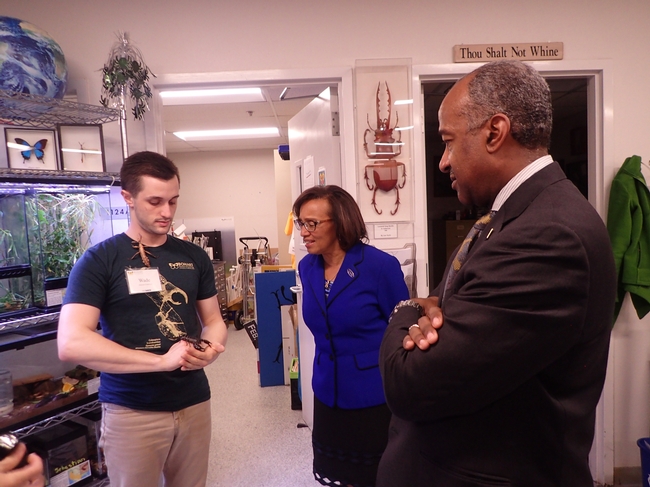 Bohart associate Wade Spencer, an undergraduate student in entomology, shows residents of the live petting zoo to Chancellor Gary May and Helene Dillard, dean of the College of Agricultural and Environmental Sciences. (Photo by Kathy Keatley Garvey) 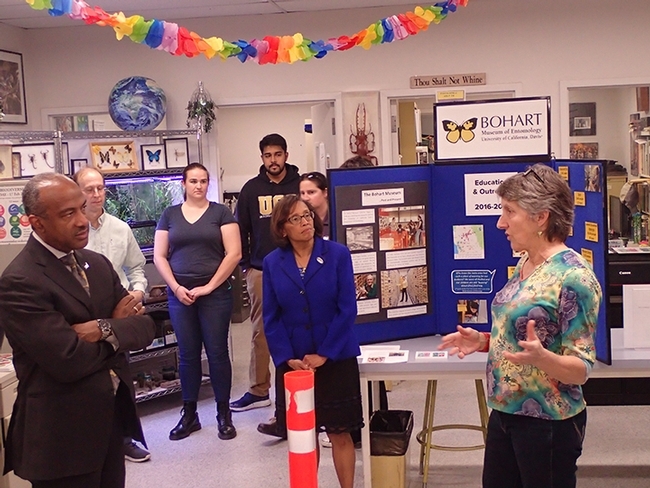 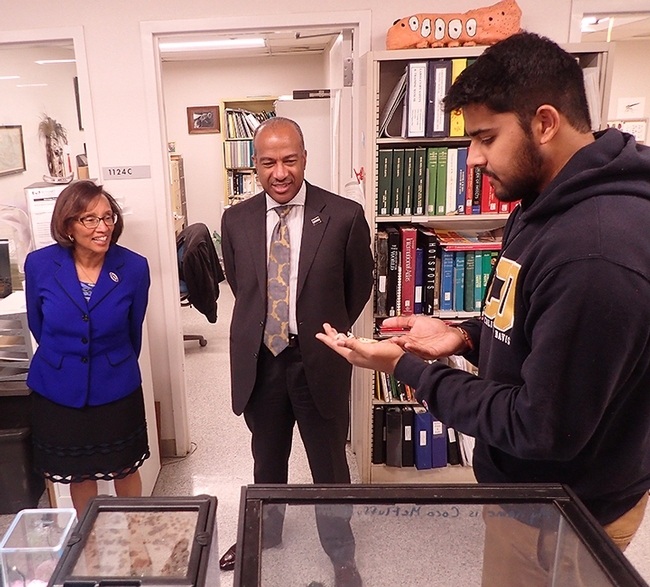 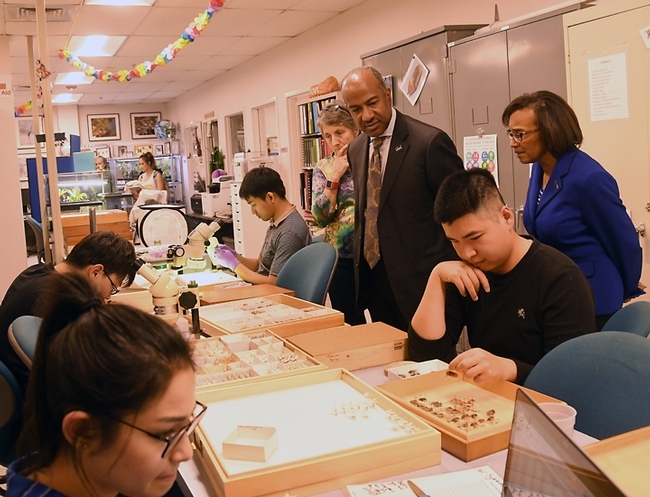