UCR museum scientist Doug Yanega - the co-principal investigator of the grant that also involves UC Davis, UC Berkeley and seven other institutions -  oversees one of nation's best collections of bee specimens, the article said. It includes iridescent green and blue orchid bees from the tropics and one rare Perdita arizonica, one of only five specimens in existence.

Yanega told reporter Janet Zimmerman that the consolidation of bee information will be useful for research on the future well-being of the world's food supply and the effects of climate change and habitat loss on the pollinators.

"How can you tell if something went extinct unless you know when and where to look for it?" Yanega was quoted in the story. "Within 50 miles of Riverside, 500 different species of bees have been documented. At least 10 percent of those have not been recorded in the last 40 years. We don't know if they're extinct or not."

More details about the new centralized database of bee specimens are in a UC Riverside news release announcing the project. 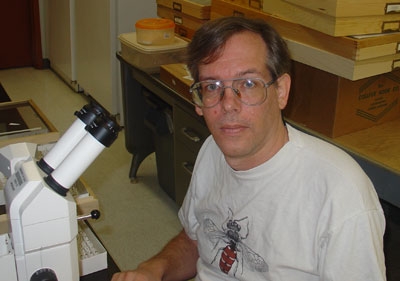