Have you ever wondered about sexual size dimorphism in the tropical spiders, the golden orbweavers?

The females are sometimes 10 times larger and 100 times heavier than their male counterparts. And the webs that the females  weave are huge--they can be as wide as five feet in diameter.

“Sexual size dimorphism (SSD) often seems to be correlated with extreme morphological, behavioral and life history phenotypes in either sex,” says Bond,   senior author of a newly published paper in the Journal of Systematic Biology, a peer-reviewed scientific journal published by Oxford University Press on behalf of the Society of Systematic Biologists.

Through phylogenomic (the intersection of the fields of evolution and genomics) and comparative analyses, Bond and his colleagues found that golden orbweavers “ignore biological rules.”

The global team of 11 scientists--from Slovenia, China, Taiwan, Czech Republic and the United States (UC Davis, Smithsonian Institution, University of Idaho, University of Florida and University of Vermont)--unraveled a complex evolution of sexual size and dimorphism and found that Nephilid female gigantism is a “phylogenetically ancient phenotype, over 100 million years old, though their magnitudes vary by lineage.”

The spiders belong to the genus Nephila and family Nephilidae; the members are known for constructing huge or exaggerated webs. The species thrive in warmer regions throughout the world, including Australia, Asia, Africa (including Madagascar) and the America. One species, N. clavipes, is found in southern United States, from Texas to North Carolina.

First, the scientists established the backbone phylogeny of Nephilidae, using 367 anchored hybrid enrichment markers, and then combined these data with classical markers for a reference species level phylogeny. Co-author Chris Hamilton, University of Idaho
“Second, we used the phylogeny to test Cope and Rensch's rules, sex specific size optima, and the coevolution of web size, type, and features with female and male body size and their ratio, SSD,” they wrote in their abstract. “Male, but not female, size increases significantly over time, and refutes Cope's rule. Allometric analyses reject the converse, Rensch's rule. Male and female body sizes are uncorrelated. Female size evolution is random, but males evolve toward an optimum size (3.2–4.9 mm). Overall, female body size correlates positively with absolute web size. However, intermediate-sized females build the largest webs (of the hybrid type), giant female Nephila and Trichonephila build smaller webs (of the aerial type), and the smallest females build the smallest webs (of the arboricolous type).”

In conclusion, the scientists proposed a new clade, a group of organisms evolving from a common ancestor. They resurrected the family Nephilidae and proposed the new clade, Orbipurae, to contain Araneidae Clerck 1757, Phonognathidae Simon 1894, new rank, and Nephilidae.

The researchers proposed “taxonomic changes based on the criteria of clade age, monophyly and exclusivity, classification information content, and diagnosability. Spider families, as currently defined, tend to be between 37 million years old and 98 million years old, and Nephilidae is estimated at 133 million years old, thus deserving family status.”

“Nephilid female gigantism is a phylogenetically ancient phenotype (over 100 million years old), as is extreme sexual size dimorphism, though their magnitudes vary by lineage,” they wrote. “Despite the sometimes conflicting trends seen within Nephilidae, the clade stands as the most extreme example of female-biased SSD among terrestrial animals, as far as we know.”

The Jason Bond lab and the Chris Hamilton lab, Department of Entomology, Plant Pathology and Nematology at the University of Idaho, Moscow, provided the anchored hybrid enrichment data and phylogenomic analysis.

Co-authors of the paper, in addition to Bond and Hamilton, are

The research drew funds from Slovenian Research Agency grants, from the U.S. State Department through a Fulbright visiting scholar; ZRZ Director's Fund, National Science Foundation, Doctoral Dissertation Improvement Grant and funds from Auburn University, Alabama. Bond joined the UC Davis faculty in July of 2018 from Auburn University after a seven-year academic career there, where he served as professor of biology and chaired the Department of Biological Sciences. He also curated the arachnids and myriapods (centipedes, millipedes, and related animals) at the Auburn University Museum of Natural History. 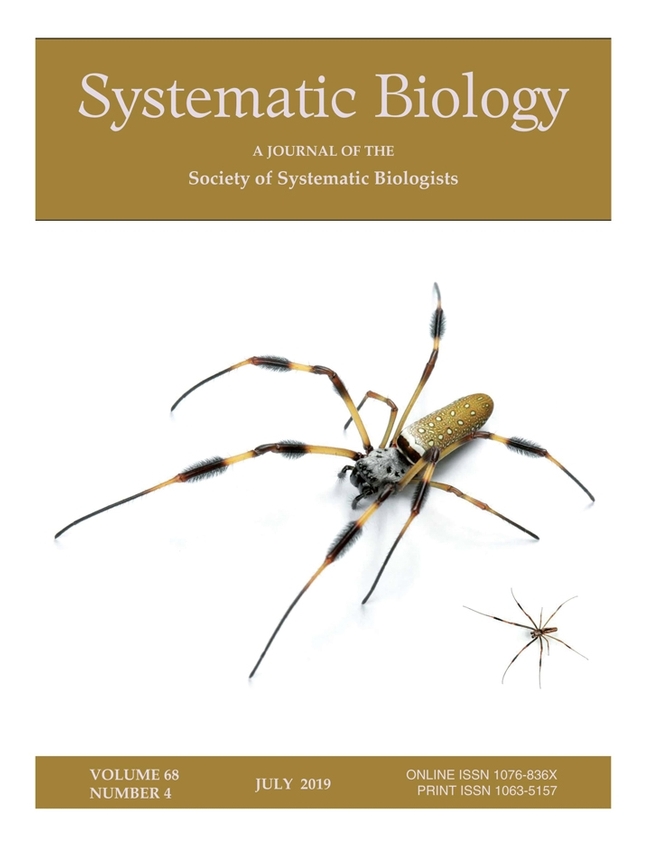