Professor Lynn Kimsey, director of the Bohart Museum of Entomology (Photo by Kathy Keatley Garvey)
One of the outcomes of teaching a general entomology course to undergraduates for many, many years is that I have taken on a new appreciation for science fiction and fantasy. This happens, in part, because every year, a student makes some new scientific discovery about an insect that causes me to slap my forehead and say “They do what!?” The other part is how little students (or the public in general) know about insects, in contrast to how much they think they know. Most of my students are not entomology majors, and many aren't even majors in the biological sciences, so there are a lot of misconceptions. Nonetheless, there is huge entertainment in enlightenment.

Kimsey details how teaching a course in general entomology can be both eye-opening and entertaining. Some of the sentences that the students wrote on their papers appear in the Bohart Museum's 2019 calendar, complete with illustrations by graphic artist and undergraduate entomology student, Karissa Merritt. Kimsey concluded: "I can't wait for next year to learn more about new things that insects do and how they do them. Through all of this, I'm hoping to create the next generation of entomologists, while teaching them how to write and continuing to collect more wonderful sentences."

The American Entomologist is a publication of the 7000-member Entomological Society of America (ESA), the world's largest entomological organization serving the professional and scientific needs of entomologists and others in related disciplines.

She twice served as president of the International Society of Hymenopterists, and is a former board member of the Natural Science Collections Alliance. She  is active in ESA and the Washington Entomological Society. The Pacific Branch of ESA (PBESA) honored her and colleagues Eric Mussen, Robbin Thorp, Neal Williams and Brian Johnson—“the UC Davis Bee Team”--with the outstanding team award in 2013. Kimsey also received the PBESA Systematics, Evolution and Biodiversity Award in 2014. 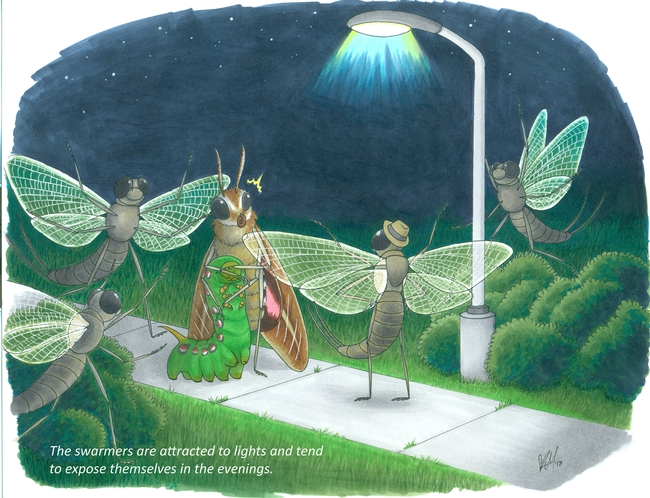 "The swarmers are attracted to lights and tend to expose themselves in the evenings." Sentence by one of Lynn Kimsey's students; illustration by UC Davis graphic artist/entomology student Karissa Merritt. 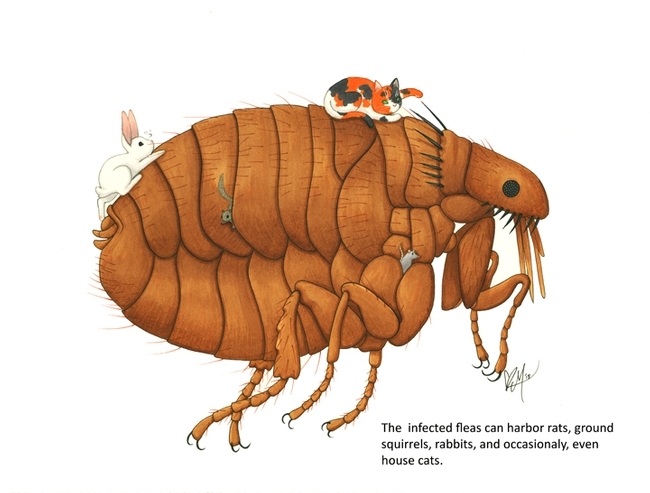