The event will take place on the northwest side of Briggs on the lawn between Briggs and the fire department--"the one still green," said coordinator Christopher Morisseau, a researcher in the Hammock lab. (The traditional site is being prepared for planting.)

Participants will fill 2000 balloons, starting at 1 p.m. on the grass by the loading dock. Morisseau said the policy is "no filling,no throwing" or "bring your own balloons."

It is open to all who want to get wet, and children and spouses are always welcome.

Hammock, a UC Davis distinguished professor who holds a joint appointment with the UC Davis Department of Entomology and the UC Davis Comprehensive Cancer Center, hosts the annual event in mid-July when triple-digit temperatures strike the campus. It's an opportunity for the lab members--who work hard throughout the year and play hard for 15 minutes--to engage in a little fun and camaraderie. The thirsty lawn benefits, too.

Hammock, trained as a entomologist, chemist and toxicologist--and who now focuses his research on human health, is recognized for his work on using natural chemical mediators to control inflammation and intractable pain. He co-discovered the soluble epoxide hydrolase, and many of his more than 1100 publications and patents are on the P450 branch of the arachidonate cascade where the soluble epoxide hydrolase (sEH) degrades natural analgesic and anti-inflammatory compounds. 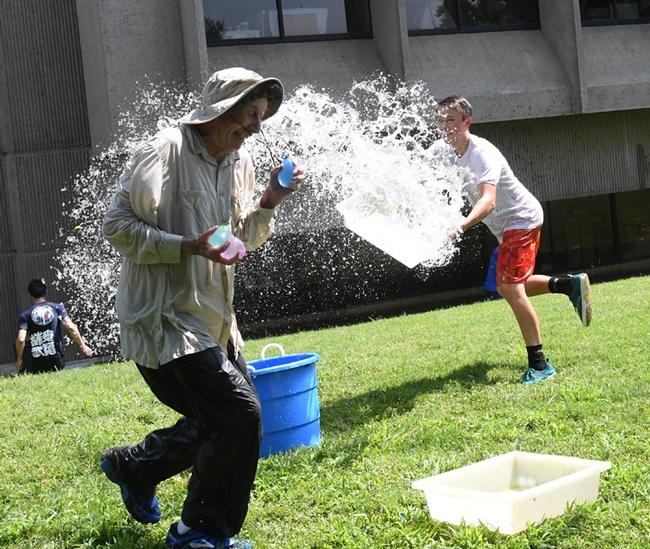 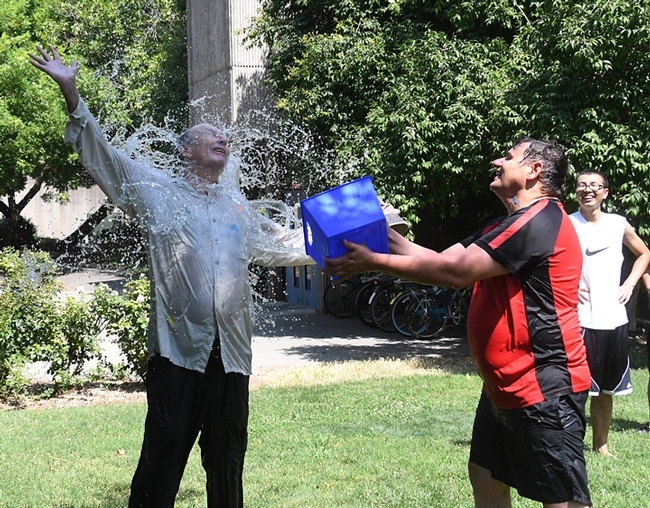