Christina Grozinger (left), distinguished professor of entomology and director of the Center for Pollinator Research, Pennsylvania State University, served as one of the two keynote speakers. She is shown here with conference co-chair Extension apiculturist Elina Lastro Niño of the UC Davis Department of Entomology and Nematology. Grozinger was her major professor. (Photo by Mea McNeil)
The fourth International Pollinator Conference, the first year ever held at the University of California, Davis, drew a capacity crowd of 250, with presenters from 15 countries.

The conference, “Multidimensional Solutions to Current and Future Threats to Pollinator Health,” took place in the ARC Ballroom and covered a wide range of topics in pollinator research: from genomics to ecology and their application to land use and management; to breeding of managed bees; and to monitoring of global pollinator populations, according to the co-chairs, pollination ecologist and professor Neal Williams and Extension apiculturist Elina Lastro Niño of the UC Davis Department of Entomology and Nematology. The UC Davis Honey and Pollination Center, directed by Amina Harris, coordinated the conference, with events manager Elizabeth Luu praised as "the heavy hitter." (See agenda.)

"This was the fourth International Conference on Pollinator Biology, Health and Policy," Williams said. "Each time we try to add new elements that address emerging challenges and new directions in research. This year's sessions felt as fresh and innovative as ever, adding symposia on climate change, innovative monitoring and data collection, and urban bees. By restricting presenters to those who had not presented in the past six years we also added new voices and perspectives."

"We also grew," Williams said  "In the past the conference has been just under 200 attendees. This year it topped 250, and we had to turn away several people because we simply could not fit more into the space. We added a second evening of posters to provide more time to interact. The response was overwhelming with 112 poster presenters!"

"We also added more explicit policy elements by creating a set of ViewPOINTS documents summarizing key areas in pollinator biology and heath that target policy makers. This has allowed for collaborative interaction across the attendees and a set of deliverable products from our interactions." "It was an amazing team effort pulling it all together," Williams said. "Liz Luu from the UC Davis Honey and Pollination Center  was in a word, fantastic, keeping every thing and everyone together. The HPC really showed what it can do and what tremendous value it adds to our campus. The organizing committee worked so well together, sharing the load throughout. A great set of colleagues!"

Dicks keynoted the conference on Thursday, July 18, discussing "The Importance of People in Pollinator Conservation."  Grozinger delivered the keynote address, "Bee Nutritional Ecology: From Genes to Landscapes" on Friday, July 19.

Two receptions took place at the Honey and Pollination Conference on Old Davis Road: the opening night reception on Wednesday, July 17 and a honey-tasting and dinner reception on Thursday, July 18.

The next International Pollinator Conference will take place at Pennsylvania State University.  Grozinger and Rufus Isaacs of Michigan State University launched the conference in 2012. They are held every third year.

An image of the late Robbin Thorp (1933-2019), UC Davis distinguished emeritus professor of entomology and a global authority on bees, held a prominent place at the conference. He assisted many scientists who have attended the conferences. 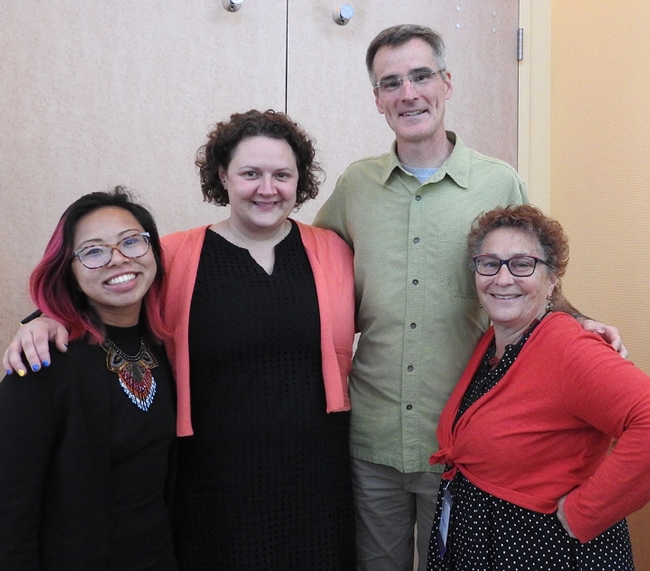 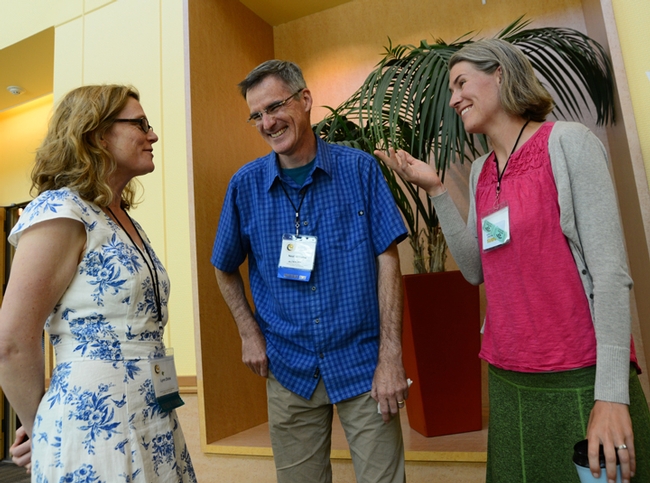 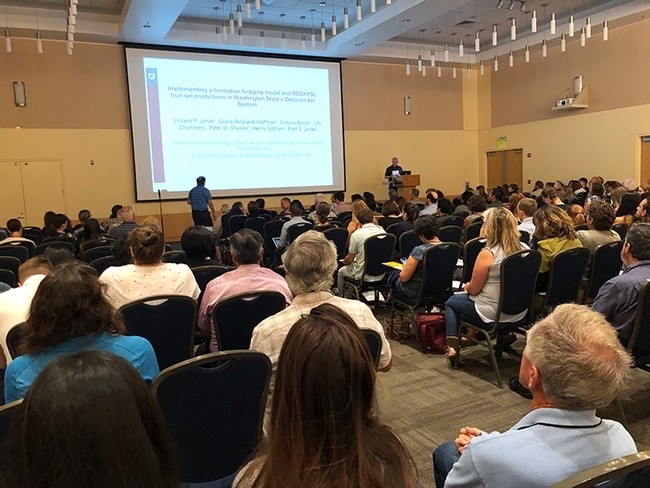 The International Pollinator Conference, which drew a capacity crowd, took place in the ARC Ballroom. (Photo by Kathy Keatley Garvey) 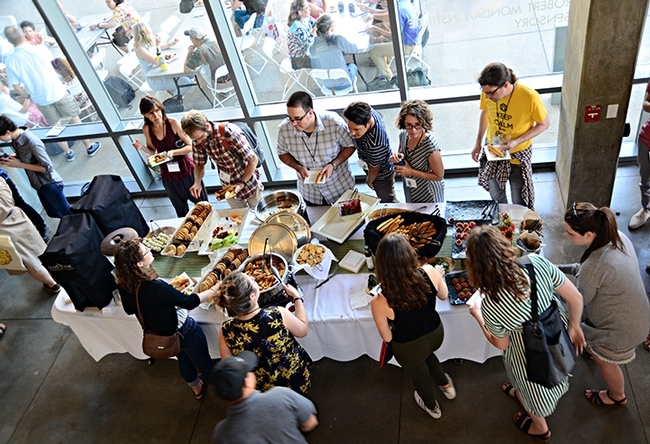 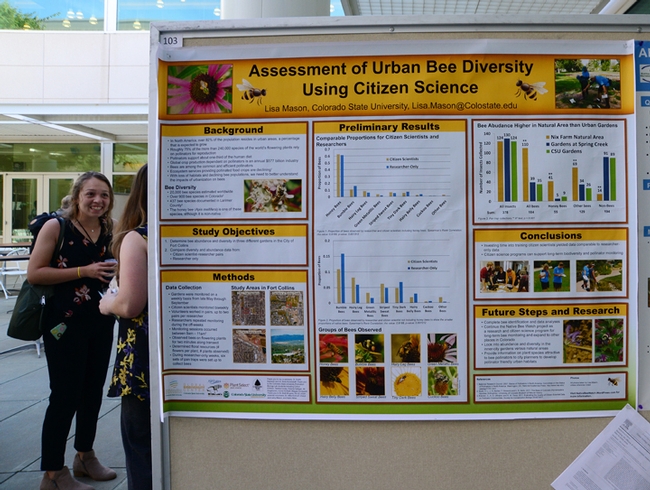