What's in the soil is critical to the health of your plants.  Plants can only absorb nutrients that are next to the roots. The more extensive the root system the more efficient the water and nutrients can be absorbed.  Most plants, 80% of them, have developed a symbiotic relationship with fungi in the soil to enhance water and nutrient absorption.  Much like the bacteria in our gut system which helps in digestion of food in our intestines, Mycorrhizae does the same for plants, it increases the uptake of water and nutrients.   There are two types of mycorrhizae: ectomycorrhiza and endomycorrhiza.  Endomycorrhiza is the type that we find in living on our garden plants.  Over 80% of plants have formed relationships with mycorrhizae. One exception is the Cruciferae family or Brassicaceae which includes cauliflowers, cabbage, Bok choy, broccoli, spinach, Swiss chard, and Brussels sprouts.

The plants that have formed a symbiotic relationship with mycorrhizae provide a home and food for the fungus in their root system.  The fungi attach themselves to the roots and spread their fine filaments called hyphae into the soil.  These filaments in healthy soil can be extensive and greatly increase the surface area of the root system thus increasing water and nutrient absorption.

The mycorrhizae are not exclusive to just one plant.  The filaments can overlap in your garden and create a sharing web of nutrients and water throughout your garden. Trees benefit from growing in groves because this mycorrhizal web can be extensive and the fungi system can actually sense which trees may need more nutrients.

Other fungi in the soil that breakdown wood chips are not the same type as mycorrhizae.  Those fungi that breakdown wood may have extensive hyphae (you can see the fine white fibrous hyphae on the wood by turning over the bottom of wet wood chips) but they do not attach themselves to the deeper root system of plants.

All soil which has plants growing in it contain mycorrhizae. The question is will adding mycorrhizae to the soil benefit my garden? On the UC Davis website http://ucanr.edu., a PDF by Janet Didur, Master Gardener. entitled: “On the Effects of Mycorrhizal Fungi Inoculum on Vegetables” concluded that there are benefits from inoculating the soil with mycorrhizae.  Other conditions where adding mycorrhizae might prove beneficial and perhaps necessary is where concrete has covered the soil for years and no plant roots have penetrated.  This bare soil could benefit from adding some mycorrhizal inoculum, which should be added after putting plants in the soil.  Starter plants which already have extensive root system benefit most from the inoculum. Starting a raised bed garden just from commercially prepared soil may not have a lot of mycorrhizae.  The potting soil may claim added mycorrhizae (check the labels) follow the instructions on the potting soil bags and store your soil in cool conditions and never in the sun because heat can destroy the mycorrhizae.

Inoculants could give your garden a healthy start but continuing adding them is probably unnecessary. Provide healthy soil for them.  Don't use a lot of commercial fertilizer, composted material is best. According to “Growers Gold” literature:  Phosphorus levels above 10 ppm (parts per million) create an environment where mycorrhizae do not germinate and grow.  Don't over rototill your soil, the mycorrhizal network extends throughout the soil.  Destroying this network means you have to start all over again.

A little fungus is a good thing.

Note: On a previous blog regarding Fire Blight on Pear trees I wrote that cut limbs, flowers, and fruit should not be put in your compost bin and suggested that they are put in the green recycling bin. Others wrote that the gray bin would be a better alternative noting that the composting method by the Recycling provider may not kill the bacteria.  Okay better to put in in the gray bin!

Recology of Vallejo's newsletter has posted that toxic plants such as Oleander should never be put in the Green Bins in fact “yard waste carts with Oleander will be tagged and left unemptied.” Oleander is toxic to humans, household pets and other animals.  Gray Bin only! 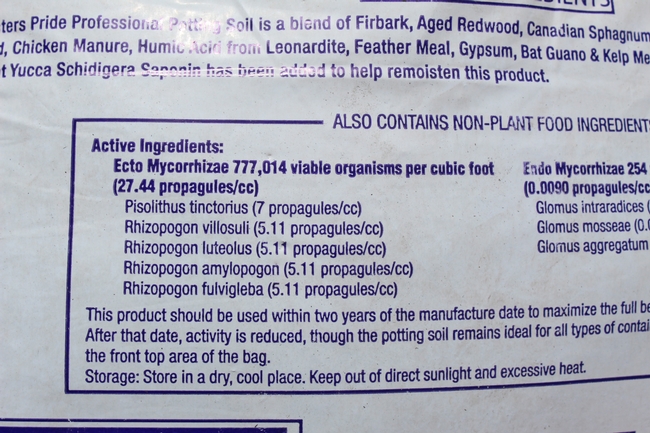 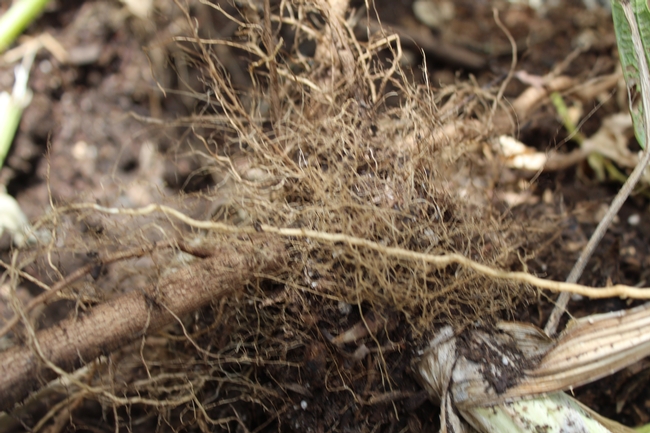