Norman Gershenz, founder and executive director of SaveNature.Org, is enthusiastic about teaching children about insects.
Do you remember when insects first fascinated you or when you developed a love of insects?

Odds are that the children who attend the SaveNature.Org insect-themed sessions in Berkeley will.

The husband-wife team of Norman Gershenz and Leslie-Saul Gershenz and their staff have taught a class for young enthusiastic insect lovers for the past two years at UC Berkeley's summer Elementary Division summer school.

It's not so-much a labor of love, but a love of insects and the drive to teach youngsters about them. The couple founded SaveNature.Org, a non-profit, Bay Area-based organization,  to inspire "participation and awareness in the preservation of fragile ecosystems by providing opportunities for personal direct action to save the diversity of life on Earth." Norman, a biologist, serves as the executive director. Leslie, an entomologist, holds a doctorate in entomology from UC Davis and now serves as the associate director of research for the Wild Energy Initiative, John Muir Institute of the Environment, UC Davis.

The three-week class drew many repeat attendees from last year. Yes, the fascination with insects is contagious! Indeed, there's a lot to study. The global population of described species of insects totals more than a million, with millions more--maybe as many as 30 million more?--yet to be discovered.

"Insects are everywhere," says Norman Gershenz on his website. "In fact, there are more insects than any other type of animal on earth. This is true no matter how you measure their numbers – in terms of individuals or species. One scientist calculated that for every person on earth, there are about 200 million insects alive at any one time. More than 75 percent of all the named animal species are insects and there are millions of insect species yet to be discovered, named and classified!" Leslie Saul-Gershenz
"It appears these kids really love insects and spiders and being out in nature!" says Leslie Saul-Gershenz. "They learn about arthropod anatomy, where to look for insects and other arthropods, how to catch--and release--them. They get comfortable holding everything, drawing pictures of the specimens they catch, and they learn to enjoy the common wildlife which surrounds them in their communities."

Their goal: "to build strong connections to nature using insects and arthropods, teaching about their connections with plants and other animals including humans through positive hands-on experiences!"

It works like this: Students with exceptional academic promise are invited to a three-week summer session. "The Elementary Division courses unite teachers who love to teach with students who love to learn," Leslie says.

For the last two years, SaveNature.Org has taught its Nature Academy class, highlighting insects, and the Insect Discovery Lab where students explore the fascinating lives of beetles, millipedes, walking sticks, whip scorpions and more. "We introduce students to the extraordinary world of insects and other arthropods, and learn about their key role in the web of life," the scientists said. The youths learn how to collect insects in the field while doing scientific observation, identifying insects, learning about the natural history of insects' lives. 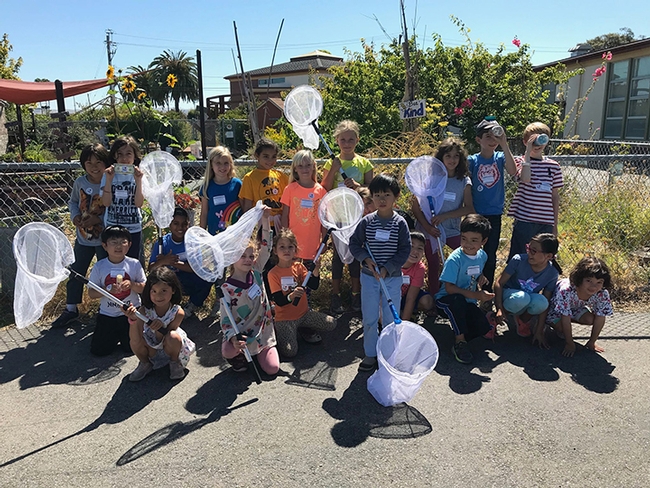 Future entomologists? A group of students in a Bay Area three-week insect class, taught by SaveNature.Org, poses for a photo. 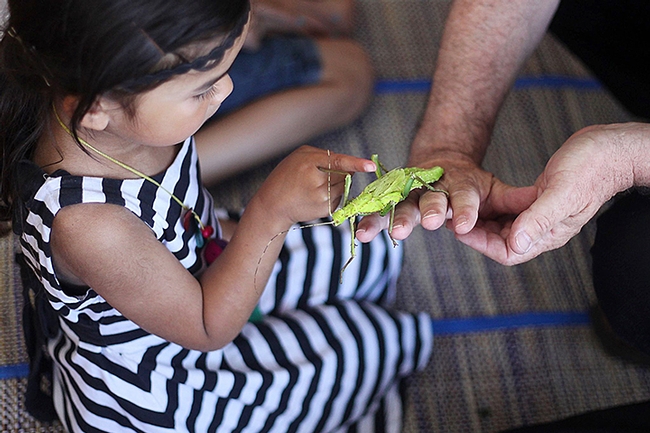