Thomas Sparks, 2019 recipient of Kenneth A. Spencer Award
Let's see...John Casida, Bruce Hammock and now Thomas Sparks. You probably recognize their names as exemplary scientists affiliated with the University of California system. They all meshed entomology, chemistry and toxicology and biochemistry.

But did you know that they are all interlinked and that each won the prestigious Kenneth A. Spencer Award of the American Chemical Society (ACS)? They represent three generations of scientists--knowledge passed from Casida to Hammock to Sparks.

In his talk, Sparks acknowledged that he was a “third generation winner” following Casida and Hammock. "I was surprised to get a very large response/applause for this--very gratifying and likely testimony to the high regard for John Casida and Bruce Hammock." Bruce Hammock, recipient of Kenneth A. Spencer Award in 1993.
Said Sparks: "As an aside, Vince Salgado, who worked in the lab next to Keith and I in Riverside got the International Award this year (2019)--perhaps something in the water or atmosphere." John Casida, recipient of Kennth A. Spencer Award in 1978.
Always keenly interested in insects and later, chemistry, Sparks obtained his bachelor's degree in biology, with a minor in chemistry, in 1973 from California State University, Fresno. He then headed to UC Riverside for his doctorate to study insect endocrinology, biochemistry, and toxicology with Hammock. Sparks received his doctorate in 1978 from UC Riverside. When Hammock joined the UC Davis faculty in 1980, Sparks continued his work with him, and while on the faculty of LSU, completed a sabbatical at UC Davis. 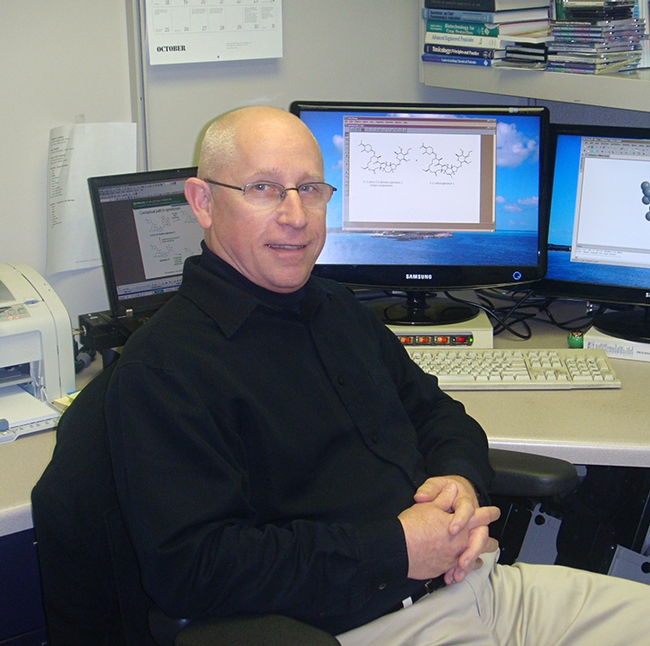