Grape crush has begun at a new UC Davis winery that is intended to become self-sustaining in terms of energy and water, according to a UC Davis news release that ran in the Daily Democrat.

The facility's environmentally friendly features include onsite solar power generation and a system for capturing rainwater and conserving processing water. The stored rainwater will be used for landscaping and toilets.

"We want to demonstrate a self-sufficiency model that is applicable to any business with limited water," the article quoted Roger Boulton, a UC Davis winery-engineering expert. Plans call for eventually operating the facility independent of the main campus water line.

The winery was also designed to capture carbon dioxide, a byproduct of fermentation, from a port in each of the new fermentors.

"The goal is for the facility to be not just carbon neutral, but carbon zero, in terms of its carbon emissions," Boulton said.

The 34,000-square-foot teaching-and-research complex is expected to be the first winery, brewery or food-processing facility to earn LEED Platinum certification, the highest environmental rating awarded by the U.S. Green Building Council. (LEED stands for Leadership in Energy and Environmental Design.) The facility will be only the third in the UC system to receive the LEED Platinum certification.

The $20 million complex was funded entirely by private donations; no state or federal funds were used in its design or construction, the news release said. 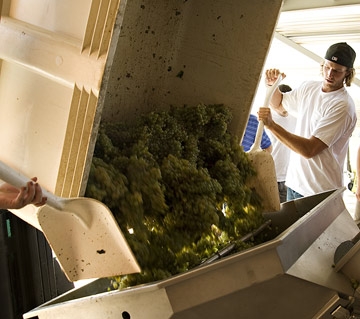