California olive oil production could soon be among the world's Top 10
Published on: November 5, 2010

With olive trees planted in 2008 beginning to come into production, Cooperative Extension olive expert Paul Vossen predicts this year's California olive oil crush will be the highest ever, according to an article in The Olive Oil Times.

Producers are expected to squeeze 4.5 million liters of oil from olives harvested in California.

The rapid planting-to-milling rate is a result of super-high-density planting. Traditionally, about 100 olive trees were planted to the acre. With the new system, 500 trees are planted to the acre in hedgerows, which come into production more quickly and allow for efficient mechanical harvesting.

In fact, high-density planting has the state's olive oil production growing at such a rate that Flynn believes California could rank among the world’s top ten olive oil producers within the decade. 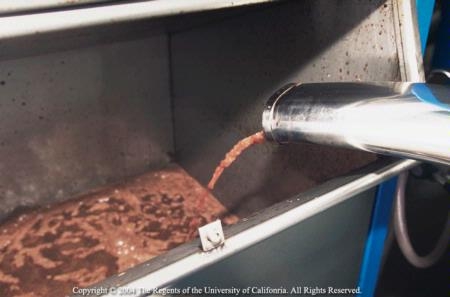