Most vet grads want to be pet doctors
Published on: November 9, 2010

Only 2 percent of veterinary school graduates in 2010 plan to work mostly with large animals, like cows, horses and swine, according a survey conducted by the American Veterinary Medical Association. An additional 7 percent studied a mixed curriculum that included all types of animals.

The story, written by Olivia Muñoz, was published in the Los Angeles Times, USA Today, the Washington Post and other media outlets.

"We have known for years anecdotally that (large animal) vets were having a difficult time finding people to work at their practice or selling it when they retire," AVMA spokesman David Kirkpatrick told the reporter. "But now we know how big the problem is and how that will magnify over the years."

At the UC Davis School of Veterinary Medicine, applicants interested in becoming farm-animal vets have an admissions edge, the AP article said. UC Davis has slowly boosted the number of students interested in large-animal medicine to 11 students out of 127, double the number from four years ago. The vet school has also reached out to high schools in rural areas.

More than a dozen states offer some type of loan repayment program or other incentives if students pledge to work in a region in need of large-animal vets. Vet students typically finish school with about $134,000 in debt, according to the AVMA.

Today, USDA’s National Institute of Food and Agriculture announced in a news release that it will offer nearly $6 million to repay the veterinary school loans of 62 rural veterinarians. The recipients are required to commit to three years of veterinary service in a designated veterinary shortage area. 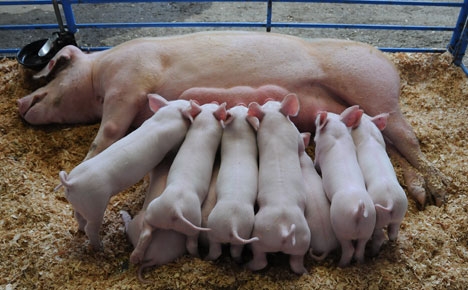