"If it's green and it grows after I've put it in, it stays," she told Pasadena Star-News reporter Michelle Mills. "You water it once or twice, and it's on its own. I tell my Master Gardeners that I've killed many more plants than they ever knew existed because I'm always playing with everything."

Mills developed a feature story about Savio, highlighting the fact that the UCCE employee, who is in charge of LA County UCCE's urban garden program, was named the 2010 Horticulturist of the Year by the Southern California Horticulture Society.

The article also ran in the Redlands Daily Facts.

Savio shared her passion for plants at her Pasadena home, which her father designed and built when Savio was 3. A backyard hillside is terraced for vegetable beds, and perennials grow on the down side of each of the terraces as a living mulch. Savio grows vegetables, fruits, annuals and drought-tolerant perennials, cactus plants, succulents, bromeliads, ground covers and roses.

At work, Savio's newest program is the Grow L.A. Victory Gardens Initiative, in which 10 Master Gardeners throughout Los Angeles County have established dozens of locations where beginning gardeners attend classes and receive a space to practice their lessons, the article said.

"It isn't just a class session," Savio was quoted. "They form a neighborhood garden circle."

Savio said her Horticulturist of the Year award vindicates her work to help more people grow their own food.

"We're talking reality, people and food and becoming more involved with our own world," she was quoted. 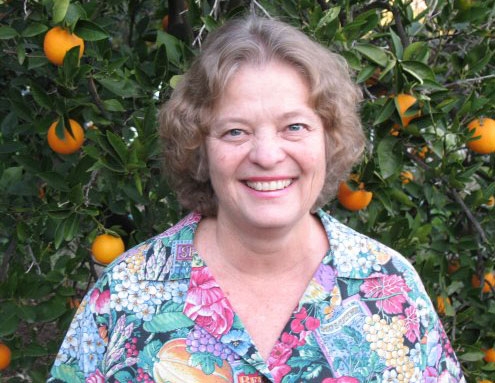